August 9, 2013: A 69% No Vote and a company that made billions in profits adds up to a strong bargaining position for our Teamster negotiating committee.

But after the members did the heavy lifting in the coast-to-coast rejection of the first offer, Hoffa and Hall went missing.

Hall sent a short memo to local officials saying the Negotiating Committee had met, but reports from that meeting indicate not much happened.

Hoffa and Hall hired a telemarketing firm to survey members, but the issues have been clear all along. And they are even more clear following the rejection of management's first offer.

If Hoffa and Hall think the silent treatment will put the members to sleep, they are mistaken. Members are showing visible solidarity and are taking pride in building unity to win a good contract.

"Our officers say they don't know a thing but members aren't waiting around for more bad news," commented Kurt Kronemberg, a city driver in Local 707 in New York. "We're wearing Vote NO stickers and sending management a clear message. We expect a decent contract with substantial improvements and we won't vote it up until we get it."

UPS Freight Teamsters control their own destiny. The path to winning a strong contract leads through member activity. Keep talking up the issues. Keep building solidarity. Keep the pressure on. 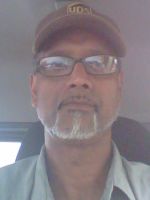 "Our officers say they don't know a thing but members aren't waiting around for more bad news.

"We're wearing Vote NO stickers and sending management a clear message. We expect a decent contract with substantial improvements and we won't vote it up until we get it."

TDU is looking for concerned UPS Freight Teamsters who want to work together to win contract improvements. Click here to contact TDU with your questions or to get involved today.