November 20, 2012: Last August, a group of stewards and officers were invited to the IBT headquarters in Washington to discuss the contract issues we face at UPS Freight. I attended and wish to thank my local officers and the General Executive Board for the hard work they have been doing thus far on the negotiations.

Many of us felt our contract was substandard, but it was the first so we expect a strong contract this time around. There are some issues that we have to make sure are dealt with before ratifying any second contract.

Here are a few I raised in Washington.

Our medical insurance has to be addressed. As a father of four children, I was not happy with the first contract. When we were employees of Motor Cargo, we enjoyed the option of a PPO or an HMO plan. For the last five years we have had substandard medical coverage.

UPS Freight can afford top-of-the-line benefits for Teamsters. The operating profits for UPS Freight and Logistics in the last quarter posted were over $200 million. 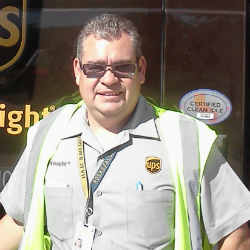 Many of our Teamster brothers have lost their jobs during the last four years because of subcontracting. We have seen the company take advantage of the loop hole in article 44 that covers one-way freight. We have also seen the company subcontract local cartage work, displacing more teamsters. When we met in Washington, everyone agreed we have to stop the subcontracting in this contract bargaining.

We have good union proposals but we have to stand firm and make sure that the strong language doesn't get watered down when the contract comes to us for a vote.