September 11, 2009: Across the country, bus drivers are organizing with the Teamsters Union to secure a better future and a voice on the job. Those same goals are driving bus workers in Vermont Local 597 to gear up early for their contract negotiations next spring.

Nearly 75 Teamsters drive and maintain buses for the Chittenden County Transportation Authority (CCTA) in and around Burlington, Vermont.

Members have formed a rank-and-file Committee for a Good Contract. They’ve launched a contract survey to build Teamster unity and give every member a voice in defining the union’s bargaining goals.

“Fair discipline is a major issue. Management does pretty much what they want,” said Chuck Norris-Brown, a CCTA driver. “We want to eliminate favoritism and clear up grey areas.”

Wages and healthcare are big issues—and so is scheduling. CCTA drivers work split shifts that can keep them away from home from five in the morning until nine at night.

“Some drivers are forced to sleep in their cars because they don’t have time to go home between shifts. That’s not good for our families—and it’s not safe for the public,” Norris-Brown said.

“We think members having a stronger voice will mean a stronger contract,” said Scott Ranney, another Local 597 driver. “This is our contract and it affects all of us.” 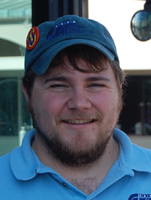 TDU Convention: We’ll Be There

“A group of us will be coming out to the TDU Convention together—and we can’t wait.

“TDU workshops in Vermont have already helped give us tools to unite the members and get ready for contract bargaining.

“We’re looking forward to meeting Teamsters from across the country and getting more training on how to win a strong contract and enforce our rights.”