Vermont Local 597 represents 70 drivers and mechanics who work for the Chittenden County Transportation Authority (CCTA). Their contracts don’t expire until June 30. But members are getting an early start this time around.

Concerned drivers started meeting last year to talk about the problems with their contract and what could be done about them. Those meetings at a local diner turned into the “Sunday Breakfast Club”—a committee dedicated to winning a strong contract by informing and uniting the members.

“The more the members get involved and the more prepared we are, the better our contract will be,” said driver Chuck Norris-Brown.

As a first step, the Breakfast Club passed out a contract survey to members to rate their top issues and concerns.

“We went around to every driver and mechanic. Eighty percent of the members filled out the surveys,” Norris-Brown said.

Protecting members from unfair discipline, winning better wages and more affordable health benefits, and relief from split shifts and six-day work weeks are some of the issues that topped the list.

“Now we’re going through the contract article by article to identify language changes to address members’ issues,” said shop steward Mike Walker, who will serve on the bargaining committee.

“Our contract doesn’t expire until June 30. This is the most prepared we’ve ever been this early in the process. Working together—drivers, mechanics, our local union and community supporters—we can win a better contract and a better future at CCTA,” said driver Sherry Siebenaler. 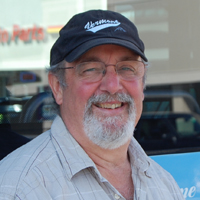 “We went around to every driver and mechanic. Eighty percent of the members filled out the surveys.

“The more the members get involved and the more prepared we are, the better our contract will be.”