November 20, 2013: Members of 251 United Action celebrate victory in their local union election at the 2013 TDU Convention

Ron Beard, a UPS Feeder Driver from Local 767 in Forest Hills, Texas and newly elected to TDU's Steering Committee, attended the Convention for the first time.

"I've been following TDU for a very long time, and have always believed in its cause. After going to the vote count for UPS and meeting TDUers in Chicago, I know what it's all about. Now I am a member myself and I signed up for a $20 monthly donation to support. I'm going to get some of the members in my local to sign up too."

TDU is a grassroots rank-and-file organization and depends wholly on the support of dedicated members.

This year we raised $53,000 at our Convention fundraiser thanks to your generous donations and dedication.

Members unable to attend are also stepping up to support TDU. 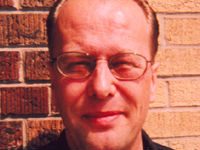 "I wasn't able to attend the convention but I know how important TDU is in these tough times," said Paul Host of Milwaukee Local 200. "I made my annual donation of $250 and know it will be well spent. Give what you can and know it goes to a great organization."

Non-Teamster supporters can donate to our sister organization Teamsters Rank and File Education and Legal Defense Fund by clicking here.