Where to Buy a Used Car in Texas

July 21, 2009: What does Tyson Johnson, the International Union freight director, based out of Dallas, have to say about concessions he just bargained for YRC Teamsters?

See below, and decide if you would buy a used car from this man. 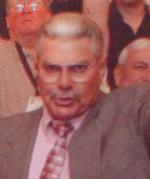 Tyson Johnson, Teamster Freight Director“We told management, this is their one chance to get relief. We will not reopen the contract again.”

“We had a team of experts review the company’s finances. We know exactly where they are. We know exactly what they need. And we set our bench mark in negotiations not to give the ship away but to achieve those levels that keeps the company in business even through an extension of the current downturn in the economy of the United States.”

Tyson Johnson on Equality of Sacrifice:

“So the plan is very precise on the shared sacrifice and there is a total freeze on their opportunities to give themselves bonuses, wage increases or anything else.”

“Merit increases and performance-based incentive plans (for management) will be re-instituted in 2010.”

Tyson Johnson has taken no salary cut, nor any cut in his lucrative pensions accruals.

Would you buy a used car from this man?