Members from different companies have launched a campaign to change their local bylaws, with three proposed changes:

Half of Local 251's membership works at Rhode Island Hospital where contract negotiations have been a closed-door affair.

"Last time, we didn't even know our contract was being negotiated until Human Resources sent out an email announcing announced there was a new deal," said TDU member Paul Santos. "We found out we had a new contract from management, not the Union!"

"From now on, we want to elect stewards and members to serve on our Contract Negotiating Committee. Members are the ones who have to live under the contract. We should have a say in what’s in there," Santos said.

"Freight Teamsters have elected their shop stewards for years. But other Local 251 members have been denied this right," said YRC retiree Jim Jacob who served as steward at Red Star for years. "Every Teamster should have the right to elect the shop steward that represents them when their job is on the line."

TDU member and UPSer Matt Taibi says, "Local 251 officers make as much as $179,449 a year. We think officer salaries should be brought more in line with what Teamsters make and the dues savings should be put to work for the membership. However you feel about this issue, we can all agree that members should have the Right to Vote on what we pay our Local Union leaders." 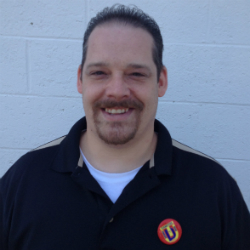 "Local officials work out of the union hall, not the barn. They really have no idea what is going on day to day on the shop floor, and therefore should not be appointing our representatives.

"The rank and file members know who they trust, who they can relate to and who they can count on. This is why members should have the right to elect the stewards that represent them."