Not the Onion; This is Actual Hoffa PR 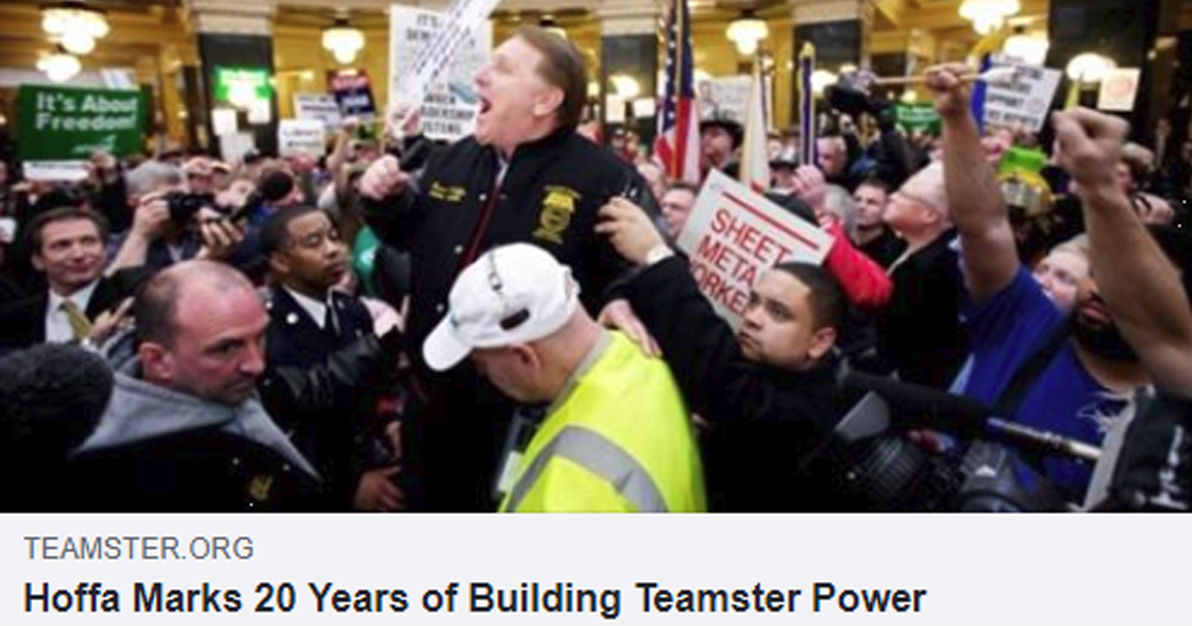 Today is the 20th anniversary of Junior Hoffa’s inauguration. But even his PR flacks struggled to find anything to spin.

The most recent accomplishment they could come up with was "The Battle of Seattle" which was in 1999! (It was also led on the ground by a local under TDU leadership!)

Here's what you won't find mentioned in Hoffa's self-congratulatory ode to himself about his 20 years of building "Teamster Power":

Hoffa never built power. At one time, he built PR, but judging by today’s word salad, those days are over too.

The 2021 election can't come soon enough. But it will take an organized rank and file to win the changes we need to build REAL Teamster Power.

That’s what TDU stands for. Where do you stand?