Talk with Teamsters who are organizing to:

Come to the NY-NJ TDU meeting to get national and local updates and to plan next steps for the Teamster reform movement. 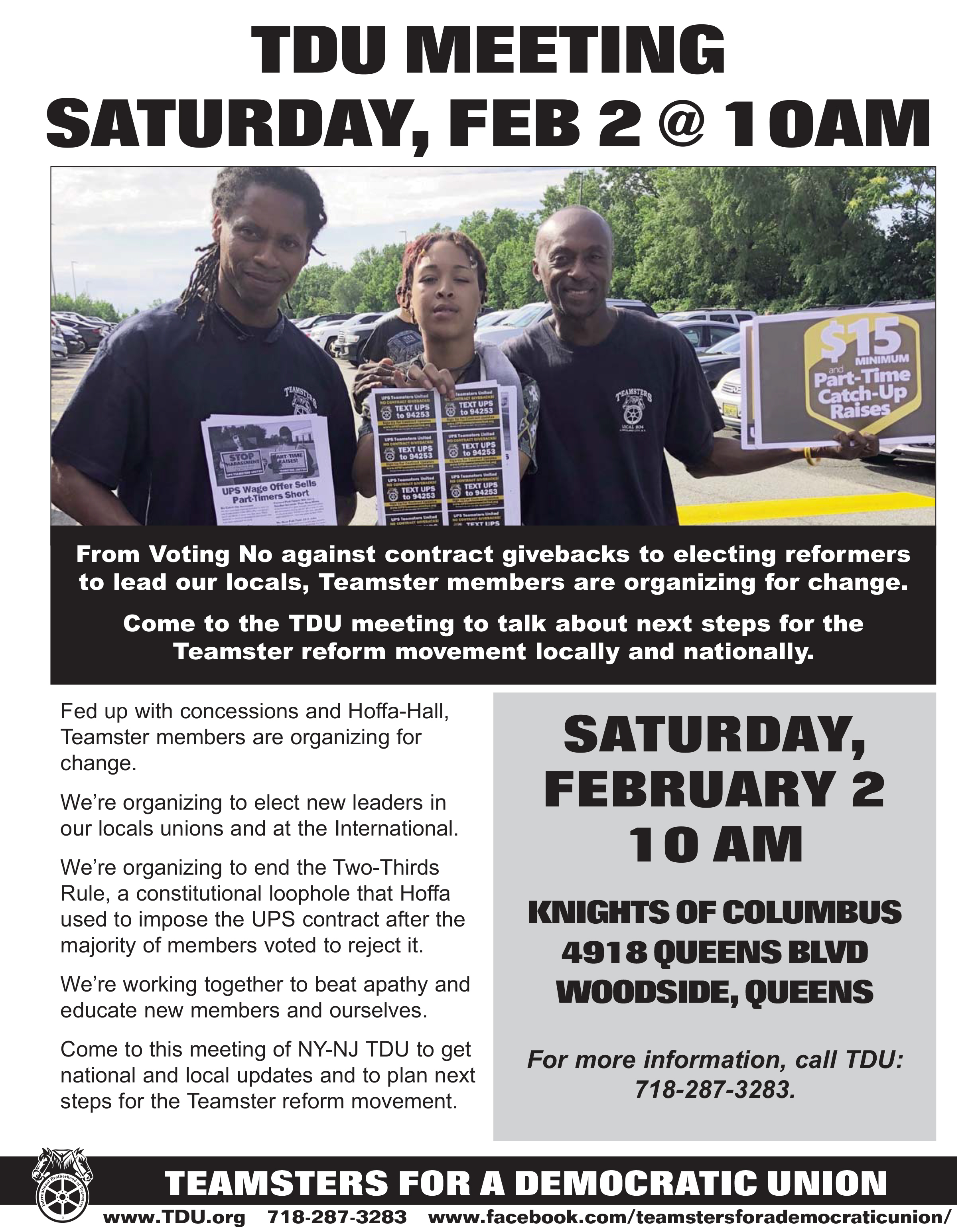