UPS Teamsters in New York have approved a new Local 804 supplement that won major improvements over the company’s previous offer. 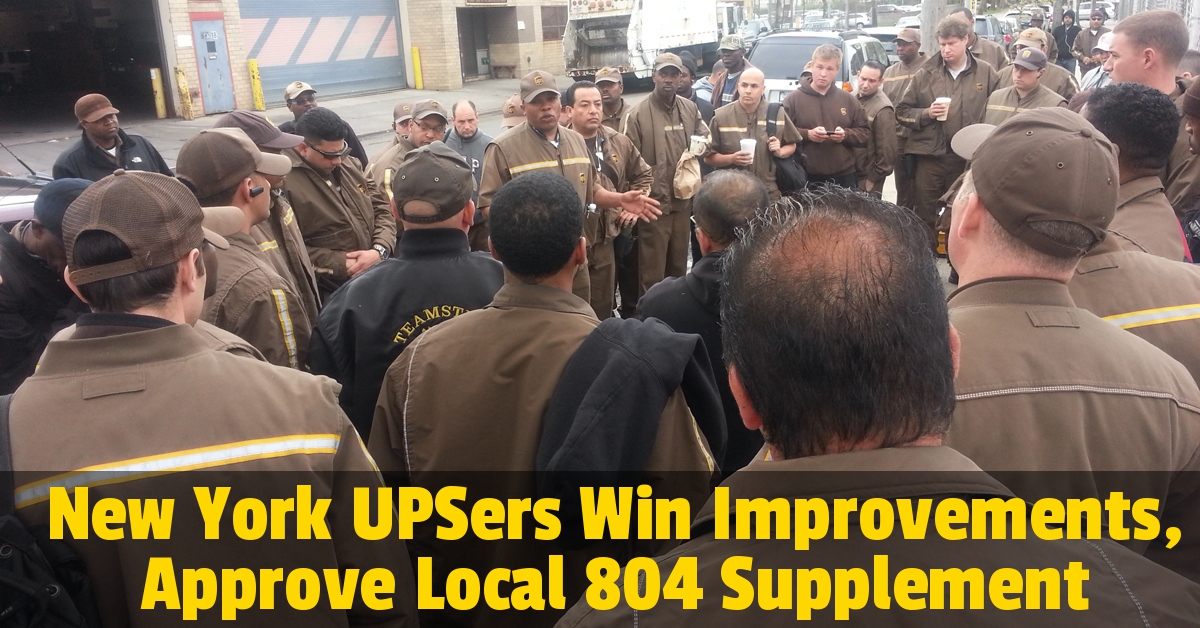 After rejecting the company’s previous contract offer with a 95 percent No Vote, Local 804 members won a $400 pension increase, 110 new full-time 22.3 jobs, and new protections against members being fired for dishonesty.

The new supplement also restores a “Coffee Pay” bonus that is unique to Local 804. Beginning on January 1, 2021, every driver will receive a bonus of 15 minutes per day at the overtime rate of pay after they’ve completed 8½ hours of work.

By the end of the contract, the bonus will be worth over $3,500 a year for drivers at the top of the scale.

None of these improvements were included in the company’s first offer. But then two things happened.