The International Union has set a meeting for April 12 in Chicago where local officers from all ABF locals will review the proposed tentative national contract. 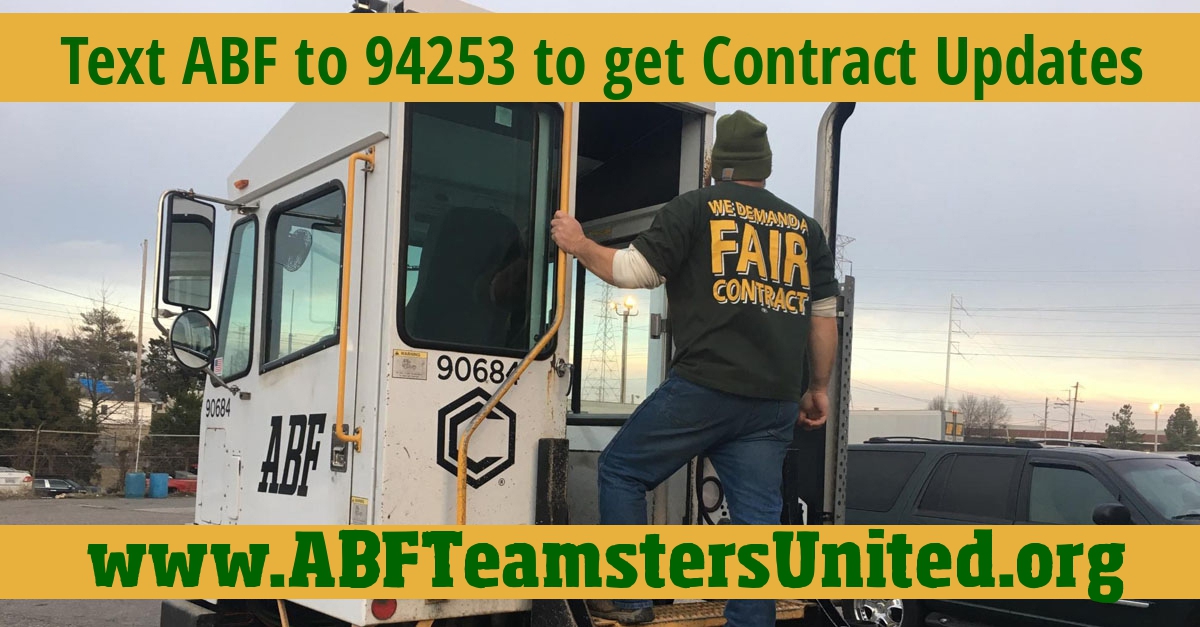 We will make the entire tentative agreement available at that time, for members to review and discuss.

One issue of concern may be a proposed freeze of pension contributions by the company at the current level, for the life of the contract.

This would not affect benefits in the Central State Fund, which does not require employers to increase their contributions, if they are already in the highest level of benefits. But for some pension plans, this could create big problems.

The New England Fund requires employers to increase their pension contributions by 8 percent each year. ABF Teamsters there could be at risk of losing their early retirement benefits and being forced to work to age 64 to get their full pension.

There are already rumblings of a Vote No movement coming out of New England. ABF Teamsters covered by other pension plans could face problems, too.

The devil will be in the contract details, which the Hoffa administration is keeping a secret from the members until the two-person meeting.

ABF Teamsters are waiting to see what is in the deal regarding make-up wages for the 7% wage cut taken in the last contract, and the lost vacation week. Subcontracting road jobs to “purchased transportation” is also a major issue.