It has been six weeks since the Independent Review Board (IRB) issued a blistering report which recommended that Cleveland Local 400 be placed in trusteeship, but once again the Hoffa administration has so far done nothing about corruption in Ohio. 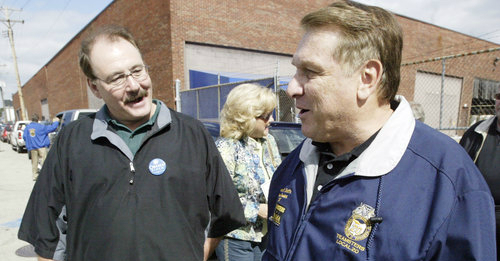 The report details that the officers of the Local Union:

The worst finding was that General Secretary Treasurer Ken Hall knew all this, and did nothing.  The report states that “The auditor recommended that the IBT monitor the local’s financial situation” due to the improprieties. But “no evidence was found that the General Secretary Treasurer’s office did so, or determined whether the local had done as the auditor instructed.”

Local 400 is headed by Ohio Conference Secretary Treasurer Charles Cimino, who is retired but still holding office in violation of the IBT Constitution. Cimino was already implicated in the earlier IRB report which reads like a how-to manual on abusing the members’ money and trust for golf outings and extra salaries. The Hoffa-Hall administration had been told of the problems there for years, and did nothing.

That earlier IBT report led to Ohio Conference President Bill Lichtenwald, a personal friend of James Hoffa, being forced out as a Central States Trustee, and the Ohio Conference being placed into trusteeship.

Investigations in Ohio are on-going.