On October 19, Local 371 Teamsters elected Mike Kensinger and his whole slate to take leadership of their local. The general local covers the Quad Cities area on both sides of the Mississippi, near Rock Island, Illinois and Davenport, Iowa. 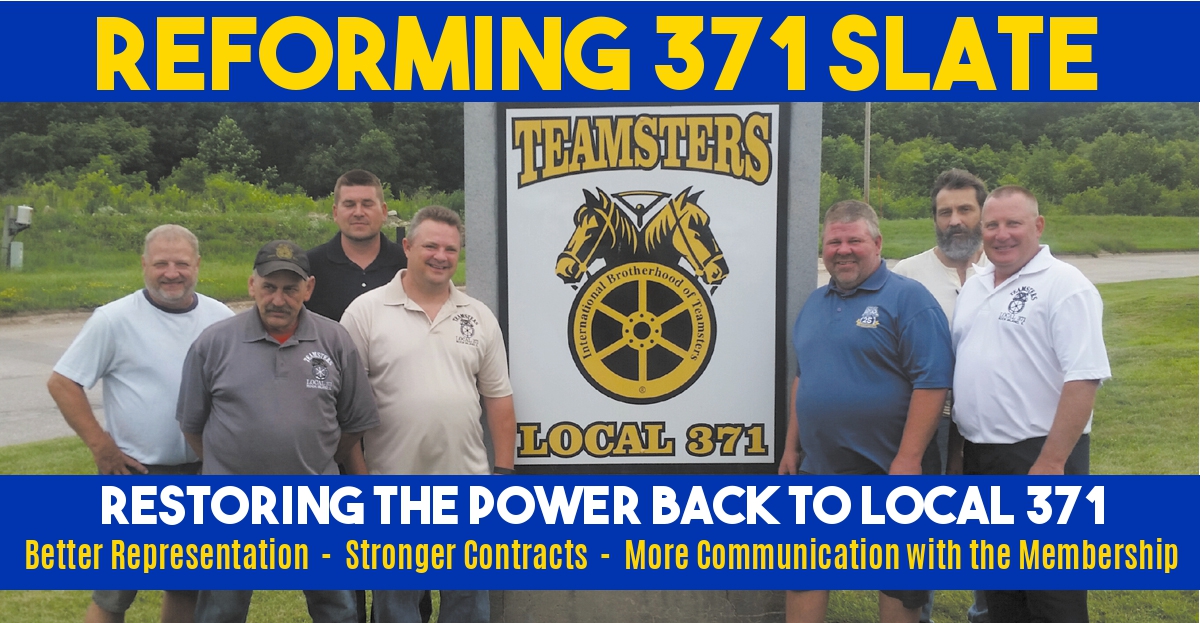 Mike has been preparing to win office for the past few years. In 2016 he was elected as a reform delegate to the IBT Convention.

Since the Reforming 371 Slate won last month, they have been making plans and preparing to lead. Incoming President Mike Kensinger, Secretary Treasurer Dan Barry, and Vice President Scott Beaird attended the TDU Convention in early November to take leadership workshops and network with Teamster officers who can offer advice.