The largest UPS local in the south has voted for a new team of reform leaders, who swept the election in Dallas – Ft. Worth Local 767. The 767 Teamsters United for Change slate won a four-way race with 57 percent of the vote. 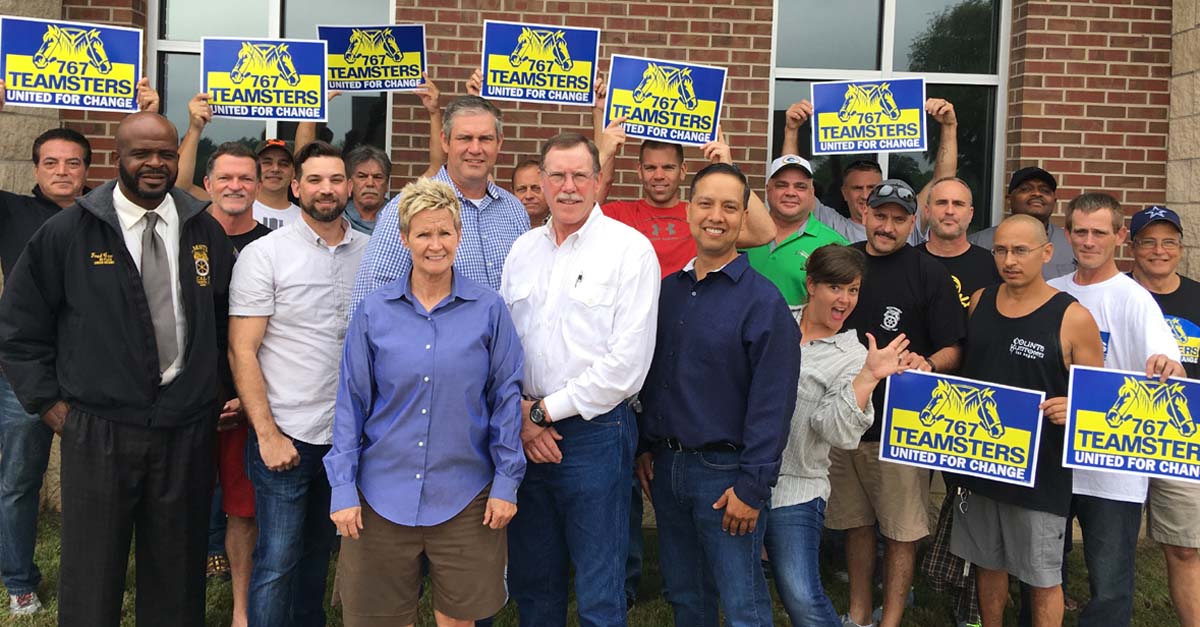 The 8,200 member local made up of mostly UPS Teamsters voted by a strong majority for 767 Teamsters United for Change Slate, headed by Brian Perrier. But the fight to build a strong union is just beginning.

Perrier told the TDU Convention a week ago that “I am inspired by how excited members were to see union activity. The seniority violations, lack of representation, rampant harassment, and contract givebacks had created a perfect storm for members to get active and make change."

The Vote No campaign at UPS catapulted 767 Teamsters United for Change leaders into action, said Perrier. “We had been struggling with infighting for months, and after we saw the UPS contract we knew it was time to do something.”

Activists like TDUer Debbie Jennings began hitting the gates to talk with members about contract concessions, while the incumbent officials tried to intimidate the members and push a Yes vote.  They contacted TDU to get help organizing.

“Our members wanted information and wanted to see us out there spreading the word,” said Jennings, Recording-Secretary-Elect. “767 members have had enough talk and we showed them we are ready to mobilize and take action.”

After voting down the UPS contract by 57%, 767 activists turned their focus to the Local Union election. “Members would come up to us at the buildings and ask, ‘how can I help?’ The support we got from the membership was overwhelming.”

Come January, Perrier’s team will be faced with some big challenges – starting with taking on UPS. “The company is used to getting away with contract violations, and members are afraid of retaliation,” said Perrier. “It will take hard work to build a stronger union. We’ll be asking every member to get involved. But we are up to the challenge.”