Working people have lost a champion and TDU has lost a friend. We mourn the passing of Karen Lewis whose activism helped transform the Chicago Teachers Union (CTU) and changed teacher unionism forever. 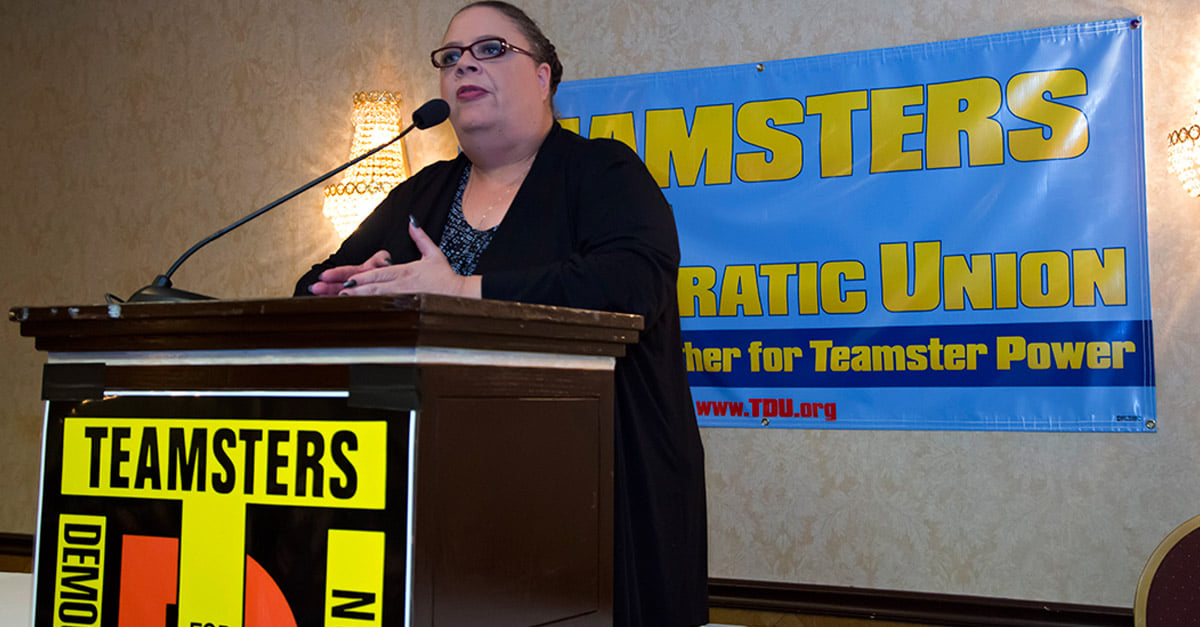 Karen addressed the TDU Convention after the historic Chicago Teachers strike victory in 2012. Lewis told activists how TDU served as an inspiration to her and other Chicago teachers who formed their own rank-and-file caucus and won power in the CTU.

Karen Lewis stood for rank-and-file power and united action by workers and the communities that we come from to stand up to corporate power.

When we fight together, we win!