Save Our Pensions Rally July 12 in Columbus, Ohio

Car caravans and busloads of active and retired Teamsters, Mineworkers and a range of allies will converge on Columbus, Ohio for a rally Thursday, July 12. Thousands are being mobilized by the pension action committees of the National United Committee to Protect Pensions. 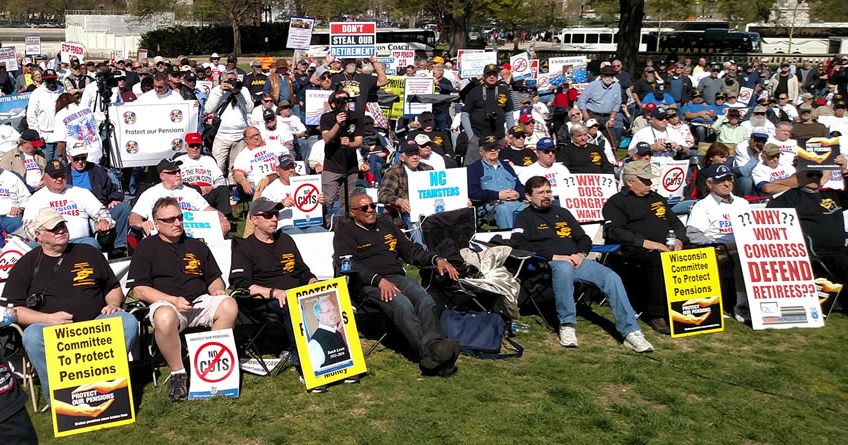 These committees, anchored by Teamster retirees, are calling on the Congressional Joint Select Committee on Pensions to find a legislative solution to the pension crisis based on the Butch Lewis Act that was introduced at the end of the 2017 term.

The rally commences at 11 am at the Ohio State Capitol.

Senator Sherrod Brown and other Democratic and Republican members of the Joint Select Committee will hold a hearing on Friday, July 13 in Columbus. Representatives of the NUCPP will be present at the hearing.