Members and stewards organized to reject contract givebacks in the So Cal grocery industry—but old guard officials forced through a concessionary deal. It’s a case study in why Teamsters need to organize for change if we’re going to defend our contracts. 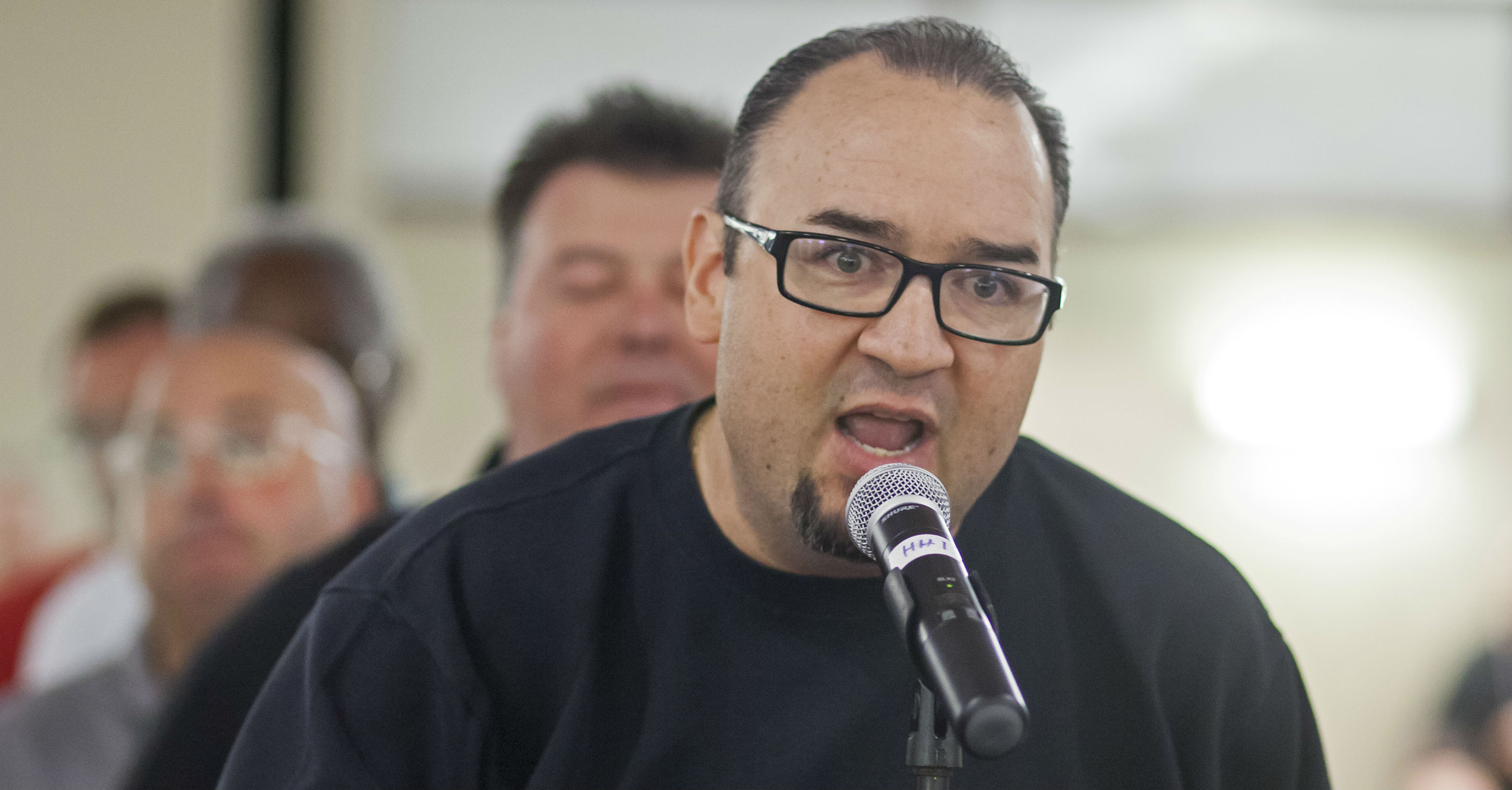 The recent concessionary master contract in the So Cal grocery distribution industry is a case study in what happens when members are shut-out of the bargaining process and of our union. Concessions, loss of rights, and a weaker union.

This experience also points toward the solution: members now understand why we need new leadership that will involve and listen to the rank and file. And tap the power of solidarity.

In October, we got stuck with a bad 5-year contract. At Ralphs, annual seniority bidding is gutted, creating hardships for families. The companies were given a two-year “holiday” to the tune of $19 million on health and welfare increases, because the fund has sufficient reserves.

The master contract sets a pattern for Teamsters employed at Unified Grocers, Stater Brothers, and Albertsons (which now owns Vons), for 8,000 LA-area distribution Teamsters at some of the largest Teamster employers.

Where we got out information, the deal was rejected. It went down big in our local. But we didn’t have enough time to organize and reach all Teamsters, so it passed by 51% yes.

How Did it Happen?

How did thousands of drivers and warehouse workers get stuck with a weak contract? The members were shut out by the officials.

In my local, our secretary treasurer, Rick Middleton, agreed to put stewards on the bargaining committee, who would keep the members informed and involved. He betrayed his trust with members by backing out of his commitment days before bargaining was to start.

He came back with the excuse that all the other locals involved in the bargaining—Locals 63,166,494, 630, 848 and 952—objected to having stewards involved. What does that say about those locals’ leadership?

But even that was a lame excuse. Middleton is the chairman of bargaining and an International vice president. Since when do other locals tell him how to run Local 572 and when to exclude members?

Members were kept totally in the dark. Members never saw the union or company proposals. Members were never told what bargaining priorities were.

With no membership input, the officials let the companies tear apart our rights. They don’t have a clue what’s important to working Teamsters. The result was so bad that when angry members asked Middleton how would he vote on this offer if he were a working Teamster, he stated he would vote No on the deal he was selling!

The contract provides for raises of less than 2%. Randy Cammack, who was the co-chair in this bargaining, got a raise of 56% from Local 63, so he could make $422,811 last year. No wonder they aren’t accountable to the order selectors, forklift drivers, receivers and drivers who do the work.

This experience has taught a lot of good Teamsters that we can work together—as we started to do, just a little too late, in the contract fight.

We can work together to change the leadership of our union.

We need leaders who don’t think they know everything and rule like kings, but who know how to involve members, unify members, and use that power to win good contracts.