US Foods Teamsters continue to spread picket lines and shut down food distribution in a showdown with the second-largest institutional food provider in the U.S.

Baltimore Locals 355 and 570 are on an “unfair labor practices” strike against the giant corporation, which has demanded concessions. Teamsters are using solidarity to build their leverage and sent out pickets to shut down the company in other cities.

US Foods Teamsters in Cleveland Local 507 (below) honored the picket lines. 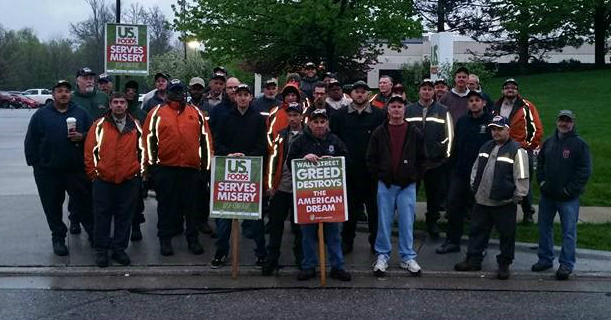 And so did Teamsters in Buffalo Local 264. 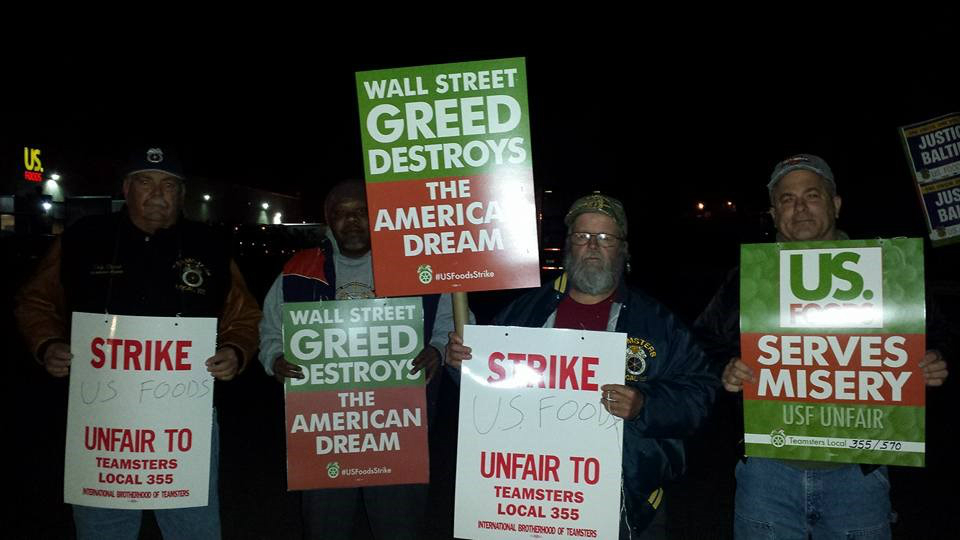 This is what the US Foods warehouse looked like in Buffalo after strikers from Maryland extended the picket lines there. 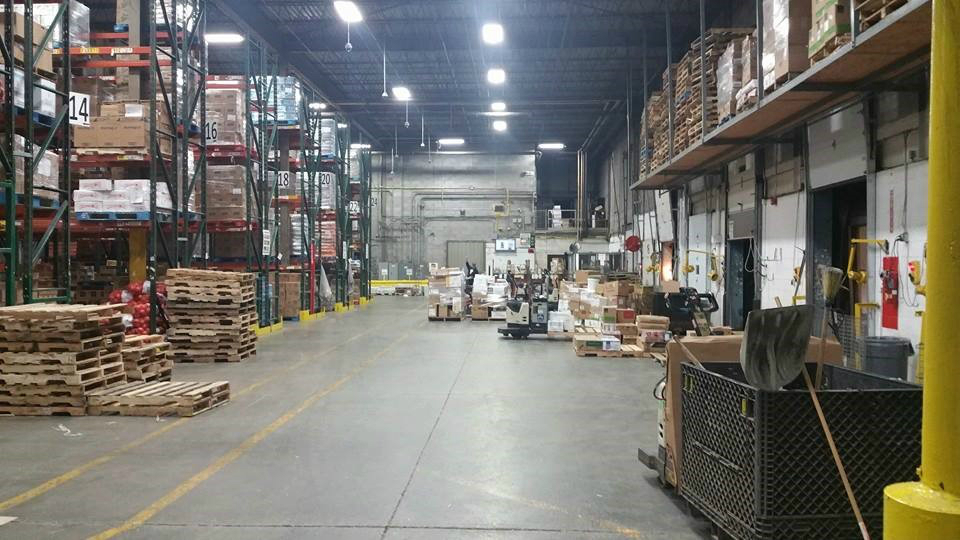 The Protecting Sysco and US Food Workers facebook page reports that: “The company began sending scab drivers to deliver product in rented Penske trucks with no refrigerators. Buffalo customers should be wondering if their perishable food is being delivered unrefrigerated and whether it will be safe to consume....” 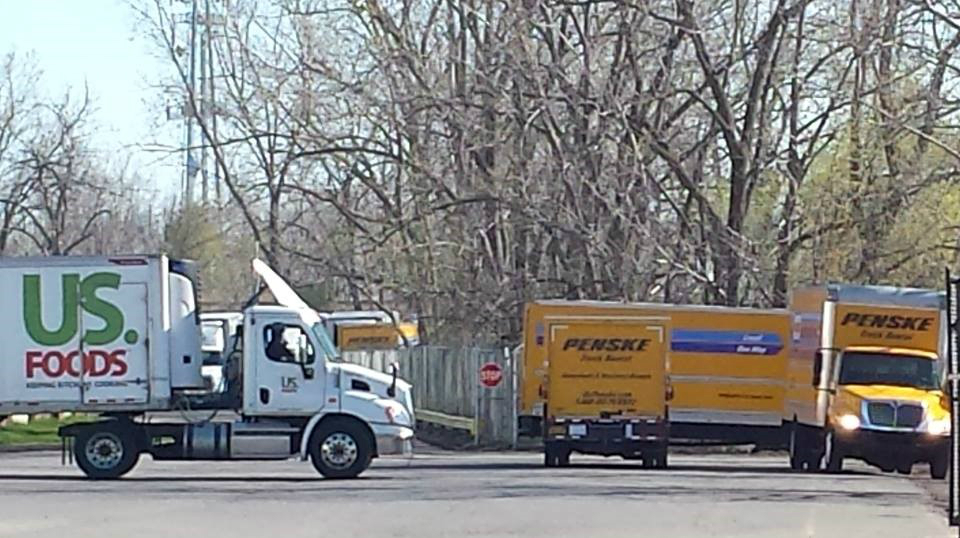 Teamsters in Corona California are out also, and have extended picket lines to other distribution centers in San Diego and La Mirada California and Phoenix Arizona.

Spirits are high on picket lines and solidarity is growing.

Watch this video of a replacement driver refusing to cross.

There are 4300 Teamsters employed at US Foods warehouses nationwide, working under separate contracts. US Foods is the second-largest institutional food provider in the US.

Find out more and show your support at https://www.facebook.com/SyscoUSFworkers/