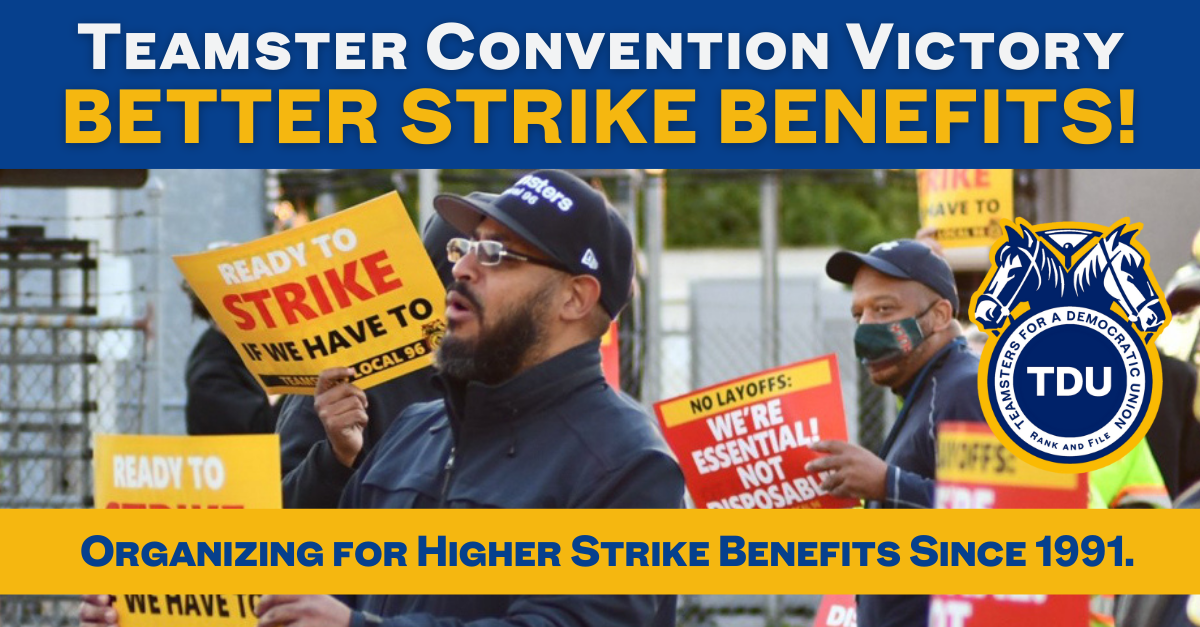 Fred Zuckerman made this same amendment in 2016, and the O’Brien Zuckerman Teamsters United slate made it a part of the platform.

Peter Finn of San Francisco Local 856 spoke first on it, opening with “When members make the decision to go on strike, they need to know we have their backs, from Day One.”