Taylor Declares Half the Rejected Supplements are Ratified, Too

After ratifying a national contract that was soundly rejected in a vote by UPSers, Hoffa’s Package Division Director Denis Taylor now also claims half the rejected supplements are ratified. 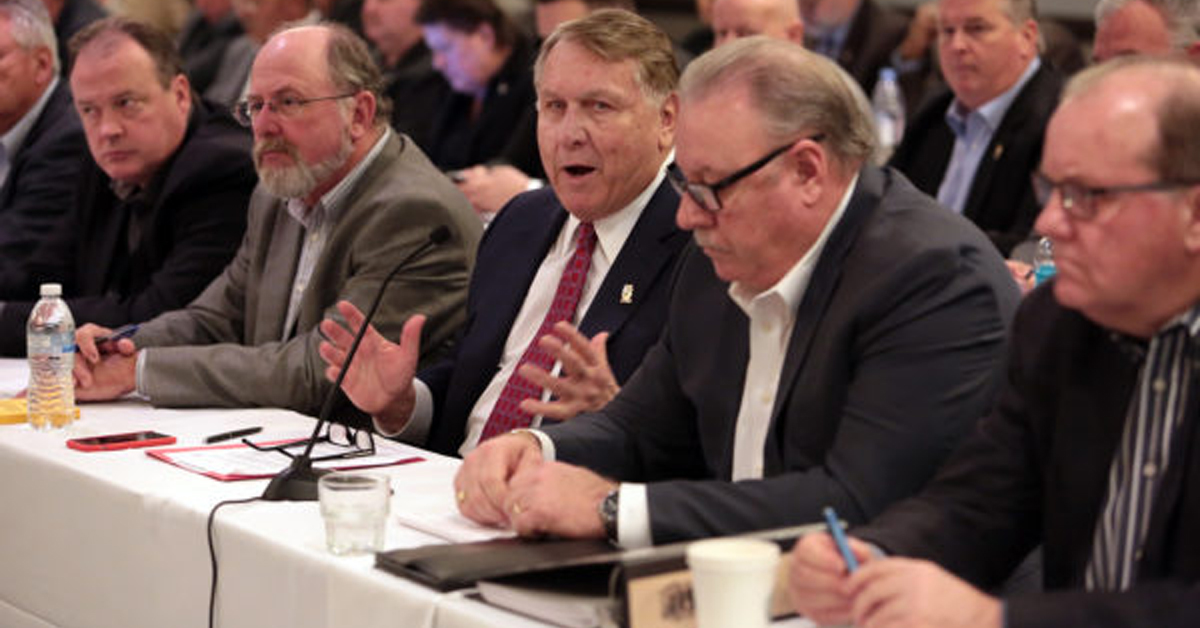 Taylor told a conference call of the National Negotiating Committee on Sunday that he would apply his interpretation of the two-thirds rules to ratify Supplements that were rejected by the members.

Making Up the Rules as He Goes

Taylor is clearly making up the rules as he goes along.

In June 2013, ten Supplements and Riders were rejected by less than 2/3, and had less than 50% participating in the vote.  Every single one was renegotiated, and re-voted.

Every single one was renegotiated and re-voted even though they didn’t meet Taylor’s interpretation of the two-thirds rules.

Now, Taylor claims that respecting the majority vote of the members violates the Teamster Constitution. He’s either lying, ignorant, or just determined to do the company’s dirty work at whatever the cost.

No national contract has ever been ratified after a majority of members Voted No since the revised two-thirds rule went into effect in 1987.

The buck stops with Hoffa as the Chair of the UPS Negotiating Committee and, as General President, the final interpreter of the Teamster Constitution.

International Union Vice Presidents are calling for Hoffa to halt the ratification of the UPS contract and hold an emergency meeting of the General Executive Board.

UPS Teamsters demand that the International Union return to the bargaining table and hold a vote on an improved contract offer.