TDU members voted to endorse the O’Brien-Zuckerman Teamsters United Slate and to join a coalition campaign to change the leadership and direction of our union. 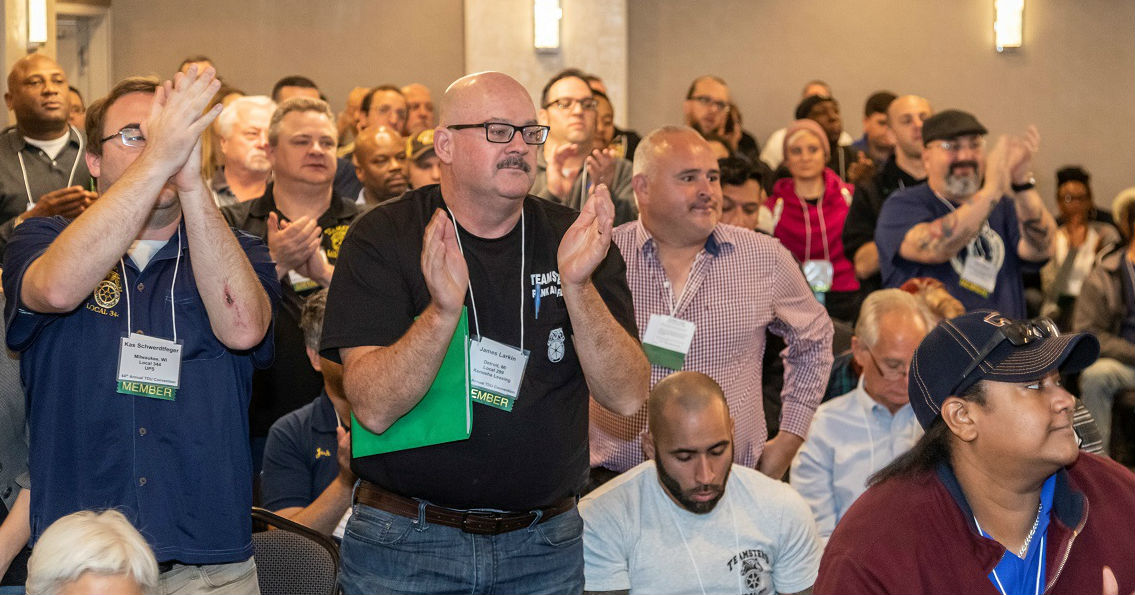 “Together, we have a chance to make history and real change in our union. Now, it’s time to make it happen,” said Isaac Gobble from Columbus Local 413.

The endorsement vote was held at the annual TDU Convention after eighteen months of discussion and debate among Teamsters, TDU members, and the TDU Steering Committee.

The Convention featured lively discussion and debate. Sean O’Brien and Fred Zuckerman talked to attendees at a meet and greet on Friday night. O’Brien made a formal address on Saturday morning and took questions from members.

O’Brien forcefully addressed key issues to Teamster members, including taking on employers with credible strike threats, fighting contract givebacks, eliminating the Two-Thirds Rule, promoting diversity at every level of the union, and building a culture of transparency and inclusion in our union.

These points and others were laid out in a new Teamsters United leaflet: 10 Steps Toward a Stronger Union.

On Saturday afternoon, members debated an endorsement resolution that was presented with the unanimous recommendation of the TDU Steering Committee.

TDU will maintain itself as an independent rank-and-file network that unites Teamsters to transform our union from the bottom up, by helping members run for local union office and other action plans that were outlined in a Resolution on TDU’s Goals & Priorities for the Coming Year, which was also approved by the Convention.

“TDU members embrace a wide variety of opinions. But we come together for unity in action,” said Brooke Reeves from Rhode Island. “We’re going home to organize and involve the members in this campaign, the accreditation petition drive, and delegate races to build rank-and-file power in our union.”