The 400 Teamster employees of Teamcare and the Central States Pension Fund are fighting concessionary demands from our union health and pension fund. 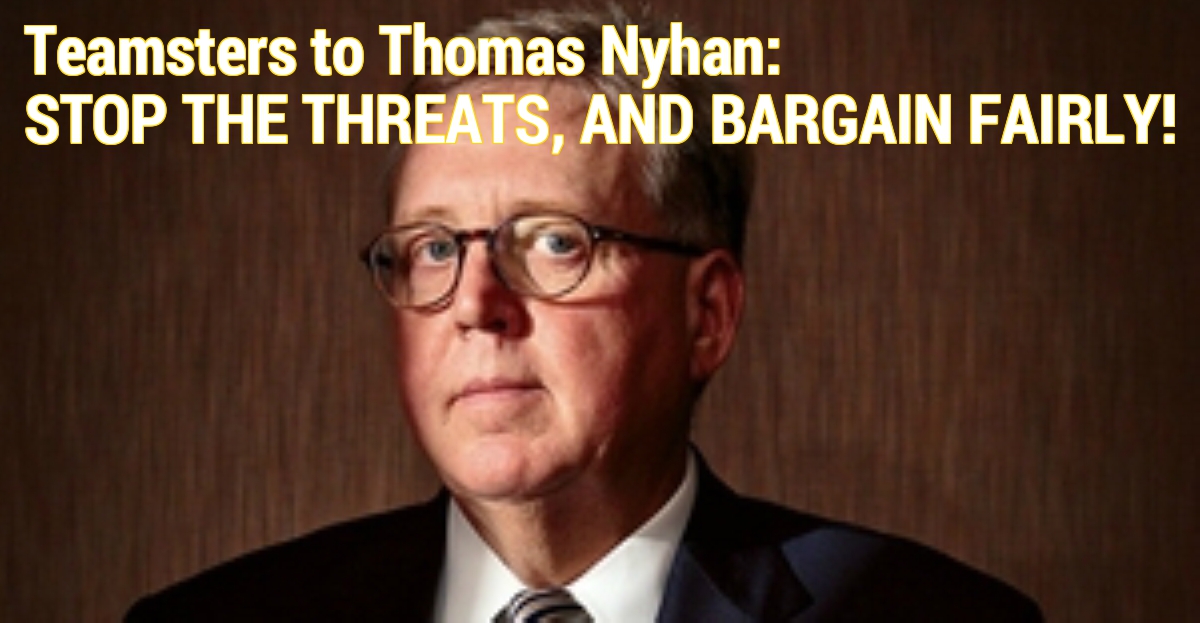 Teamsters should let the fund and the union trustees—who are half of the board—know that this is unacceptable. Stop demanding takeaways and bargain fairly!

The 400 members of Chicago Local 743 who do the work for Teamster members and retirees have overwhelming rejected by 237-100 a “last best and final” offer from the fund administration. That offer includes demands for more “productions standards.”  Our union fights that demand by employers, and we should not tolerate it from our own benefits fund. The members on the negotiating committee are united and are not demanding anything unreasonable, just to maintain their jobs without production threats and concessions.

The director of both funds, Thomas Nyhan, is taking the anti-union posture of threatening employees regarding what may happen if they go on strike. The International union and the fund’s union trustees need to remind Nyhan who he works for and that this fund belongs to Teamster members and retirees, not him.

Nyhan sent paternalistic email messages to employees, even attempting to tell the union negotiating committee how to conduct the ratification vote! Earth to Nyhan: that is up to the union, not the boss!

Nyhan also issued threats, like this one in an email to all 400 Teamsters two weeks ago:

“The Board of Trustees is fully prepared to undergo a strike if that is what is necessary to achieve a reasonable agreement. In fact, the Board has instructed me to take all measures that are necessary to ensure the continued operations and security of the Funds during a strike, including the disabling of bargaining unit employee ID badges. This means you will not be able to enter the parking garage or the building floors until a decision is made by the Trustees about whether or under what circumstances employees who choose to return to work will be permitted to do so.”

Mr. Nyhan, there would be no need for a strike—and no need for these threats—if you would bargain fairly and get a contract settled.

Teamcare (formerly called Central States Health & Welfare) and the pension fund are jointly managed. Most of the employees work for Teamcare, because a health plan has a larger administration than a pension fund, and Teamcare is growing fast, adding more and more participants.

Teamcare is growing financially, with reserves bigger every quarter. Teamcare is also building a new building, and both funds will be relocating later this year to that brand-new headquarters, in Park Ridge, Illinois.

Who Are the Teamcare and Central States Trustees?

The four union trustees need to put a stop to union-busting threats and demands for unreasonable concessions from the Teamsters who work for us.

The Hoffa administration also needs to weigh in, and back the employees’ reasonable position.