Update: Teamster employees who work for TeamCare and the Central States Pension Fund have gone on strike after rejecting a proposed contract for the fifth time. Five rejections! The vote was 180-171. 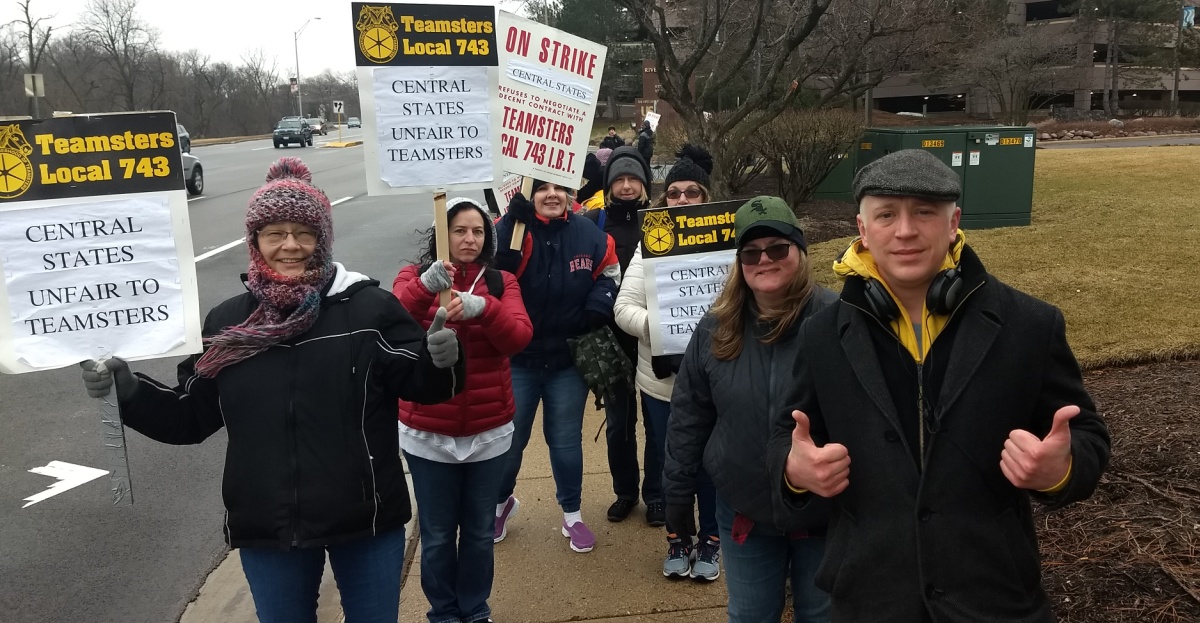 It is time—long overdue—for Thomas Nyhan, director of both TeamCare and the CSPF, to settle fairly with the workers who keep the Funds going. As Local 743 Teamster members walk the picket line, they are calling for solidarity from Teamsters throughout the union. A clear message has to be sent to Nyhan—he works for Teamsters, we don’t work for him.

An important issue is production standards for call-center workers and others. While some improvements have resulted from the contract rejections, issues still remain. That’s why a majority have repeatedly voted No, despite efforts by the Local 743 leadership to sell a deal.

One bargaining committee member, Rick Delgado, resigned from the committee today and sent an email to all 400 Teamsters. Part of it stated that “Nearly a year of concerted effort to achieve a contract which is not only reflective of our contributions to the organization but also one that every hardworking Funds participant can proudly say is reflective of their own values in the workplace, has thus far fallen short of both. From the start of this process we have been treated as second-class employees not worthy of equality with the rest of the employees.”

Read more background on this struggle.