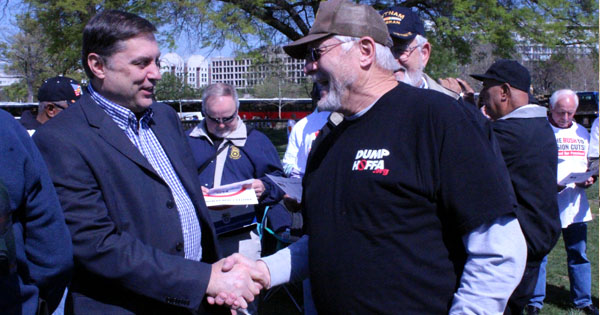 Ballots will be mailed in just 85 days!  Now’s the time to plan ahead for how you can help get out the vote, including taking time off.

Peak voting time will begin around October 8 when ballots start arriving and run into November.

Teamsters United campaign volunteers will be meeting at the TDU Convention in Chicago to coordinate plans to get out the vote. Many Teamsters United slate members will be there, including General President candidate Fred Zuckerman.

The ballot mail date is perfectly timed with the TDU Convention which runs September 30 to October 2.

Click here to register for the Convention or call TDU for more information at 313-842-2600.

Teamsters who ran for delegate or alternate delegate, or who attended the Teamster Convention as a guest, are eligible for a discount on their TDU Convention registration.