Teamsters Gear Up to Take Back Our Union

Teamster activists held a national Zoom call on Sunday to celebrate the end of the accreditation petition drive and to discuss the next steps for winning new leadership and new direction in our International Union. 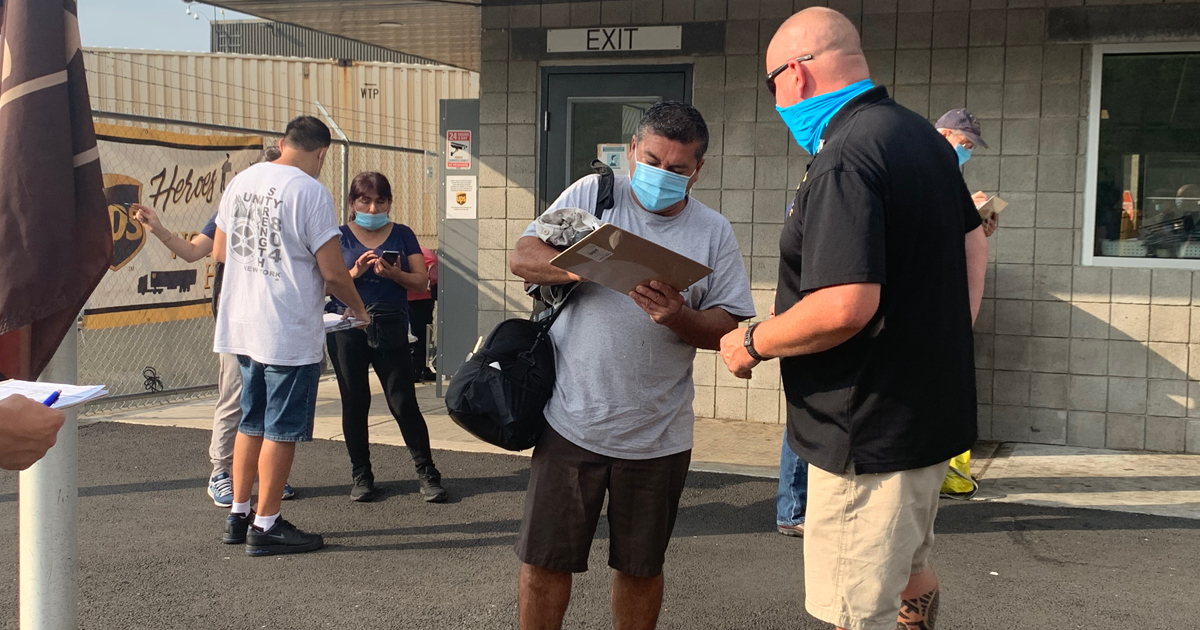 The OZ-Teamsters United Campaign will turn in petition signatures this week to officially accredit the slate as candidates for International Union office. With the petition drive behind us, TDU held a national zoom call on Sunday to bring grassroots activists together to discuss the next steps for the campaign.

Campos talked about the challenges that will face the new IBT leadership and the need for members to step to win the election, to stand up to employers, and to hold the new leadership accountable.

TDU co-chair Frank Halstead announced that the TDU Convention will be held on line this year with a series of workshops and strategy sessions to bring members together to strategize about how we can transform our union and rebuild Teamster Power both during and after the election.

"We need rank-and-file organization to win this election, but we also need it to build worker power," Halstead said. "To really take on corporation power is going to take a lot more than voters. We need an army of rank-and-file organizers. The election is boot camp. The real fight hasn't even begun."

Click here to support TDU's organizing efforts by buying a raffle ticket. The drawing is on September 7.