Teamsters in the Dark about ABF Tentative Agreement

ABF and the IBT Freight Division have reached a tentative national agreement. No details have been released to the members. 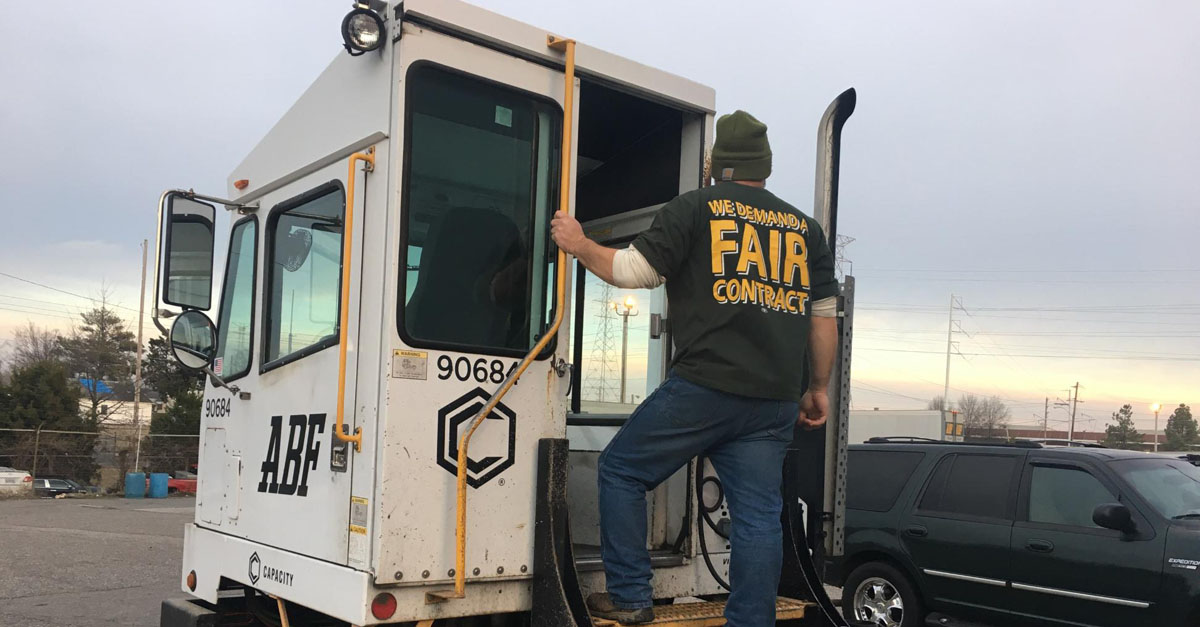 A “two-person” meeting for officers of all affected locals will reportedly be held on April 10 or 11. TDU will release information to members when it becomes available, and certainly at the time of the two-person meeting when the IBT will be forced to provide the information to us.

The union agreed to extend the contract past April 1 during the ratification period.

The Hoffa administration and Freight Director Ernie Soehl should release the information to members for review, prior to the meeting of officials. Give members, stewards and local officers a chance to assess the agreement, prior to the expected sales-job from the IBT.