The O’Brien-Zuckerman Teamsters United Slate swept the Eastern Region with 75% of the vote. 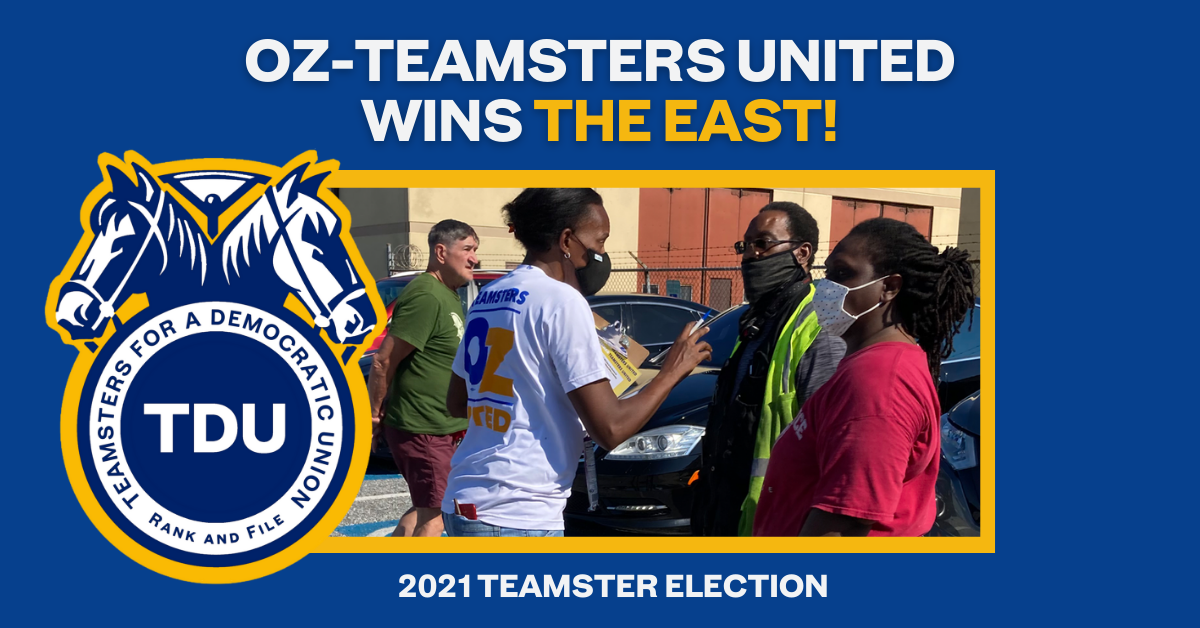 OZ Teamsters United won every state and Joint Council in the region.

Teamsters United Slate candidates piled on to the growing national victory margin by winning overwhelming victories in their home locals.

Click here for complete local-by-local results from the East

“In New York City, we built a volunteer army that campaigned in New York, New Jersey, Pennsylvania, Maryland, and Washington DC,” said UPS Teamster and Local 804 member Antonio Rosario from the vote count site. “It is awesome to watch these vote totals roll in. Whether the local officers were with us or not, the members want change and they are voting Teamsters United.”

Vairma running mate Tom Gesualdi was the rare exception in getting members in his home local to vote in above average voter turnout.

On Thursday, the Vote Count moves to the Western Region and finally to Teamsters Canada.