The King of the Concessions Fatcats

Top Teamster officials have hit members with givebacks while taking big raises themselves. One Concessions Fatcat stands above the rest. 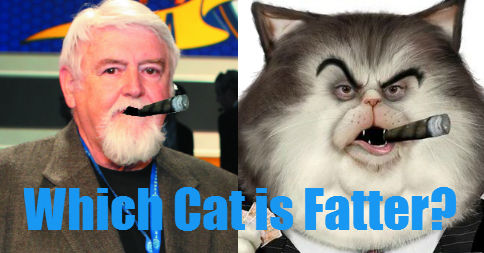 Randy Cammack, who negotiated and sold concessions to UPS, freight, grocery, and thousands of Teamsters, made $422,811 in 2014, making him the highest-paid Teamster official by a wide margin.

Those are the findings of this year’s $200,000 Club, a nonpartisan listing of our union’s highest-paid officials.

This year’s $200,000 Club is a rogue’s gallery of Teamster officials who have promoted givebacks and pension cuts, while lining their own pockets with our union dues.

Cammack’s haul appears to violate the IBT Constitution—and therefore the law. The Constitution states that no International officer may make aggregate salaries that exceed the salary of the General President.

Cammack resigned as an International VP this year, perhaps to avoid the salary limit, but he held that post through all of 2014.

Cammack declined to return a call to comment. Whatever Cammack’s excuse is, one fact is as visible as a whale in a bathtub. He and other Hoffa administration officials have negotiated concessions for working Teamsters while bloating up their own salaries to corporate levels.

Cammack Responds: “No vacation in 35 years”

Randy Cammack responded to TDU regarding his $422,811 salary for 2014, as he was negotiating concessions for working Teamsters.

At the November Local 63 union meeting he stated that his salary was so rich because “I haven’t taken a vacation in 35 years” so he was owed vacation pay. He said that this hard work has, “cost me five marriages.”

Reportedly he had no response regarding the hypocrisy of telling members to tighten their belts as he loosens his own by so many notches.