The Most Significant Organizing Of My Life

An email I got from TDU in 2013 was the spark that got us going in the Twin Cities. Steve Helle, Sam Karam, David Kremer, Randy Furst, Paul McDaniel, and me met shortly after and got our movement in Minnesota started. 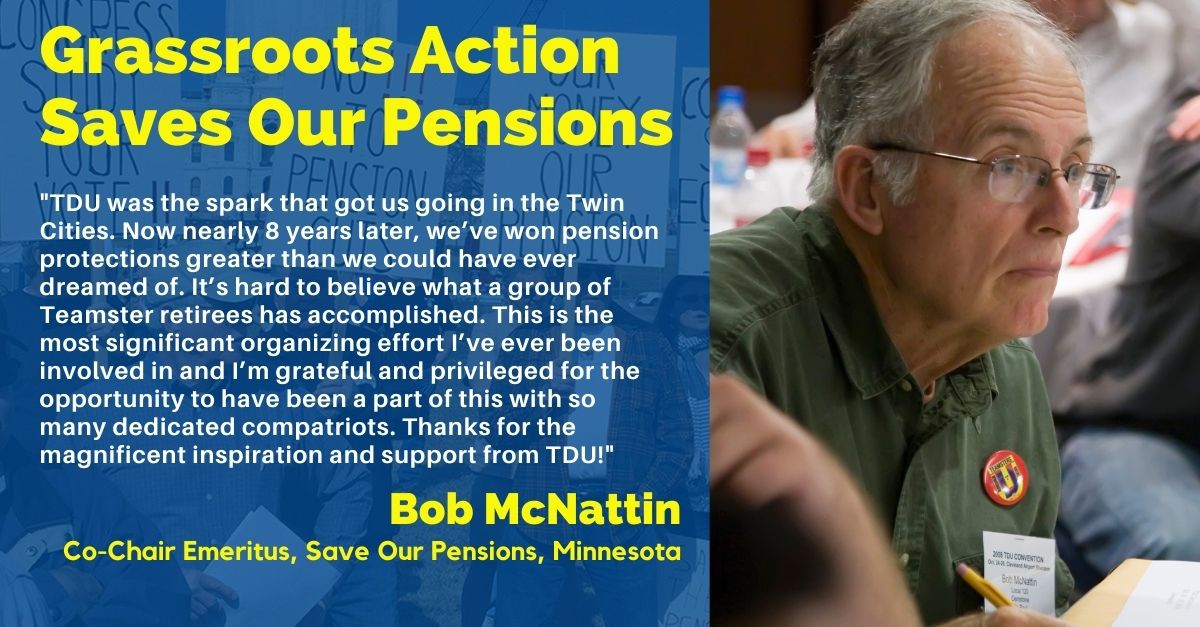 The six of us chipped in $20.00 each and planned our first pension meeting at Macalaster College featuring Karen Friedman from the Pension Rights Center, Ann Curry Thompson - TDU’s pension attorney, Erin Parrish from the Minnesota AARP, and a retired truck from Ohio named Mike Walden. Now, almost eight years later, we've won a pension bill that's better than anything we could have dreamed of.

It's hard to believe what we, along with other retirees like us from all over the region, have accomplished; I’m heartened by the friends we have made along the way, the financial support we’ve raised from our fellow retirees, and, I must say, the regard in which we are held by the labor movement and our elected officials both nationally and in Minnesota.

All of this has occurred after we had retired and were no longer active Teamsters. We and our compatriots, fellow retirees and their spouses, have led the way with the magnificent support and inspiration of TDU!

From my point of view, this is the most significant organizing of my life. I am grateful and privileged for the opportunity to have been a part of it.