Sign the petition launched by Teamsters United to tell UPS to stop forcing drivers to work 70 hours a week and demand Hoffa and the Package Division step up to protect drivers and the public. 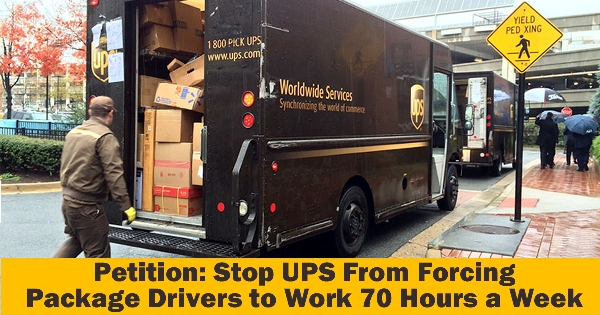 Without warning, UPS has imposed a new 70-hour work week on package car drivers in many parts of the country.

Teamsters United has launched a petition telling UPS to end the 70-hour week and demanding action from the Union.

Teamster members at UPS are working round the clock to serve customers during the holiday season. Forcing exhausted package drivers to work even more hours is unsafe for employees and the public—and it has to stop.

UPS management has shown a complete disregard for workers, their safety, and their families.