TDU members are distributing contract bulletins to make sure UPSers have a voice in our contract from day one. Download a Contract Update and join the Teamsters United effort to inform UPSers before our union's bargaining proposals are set on October 17. 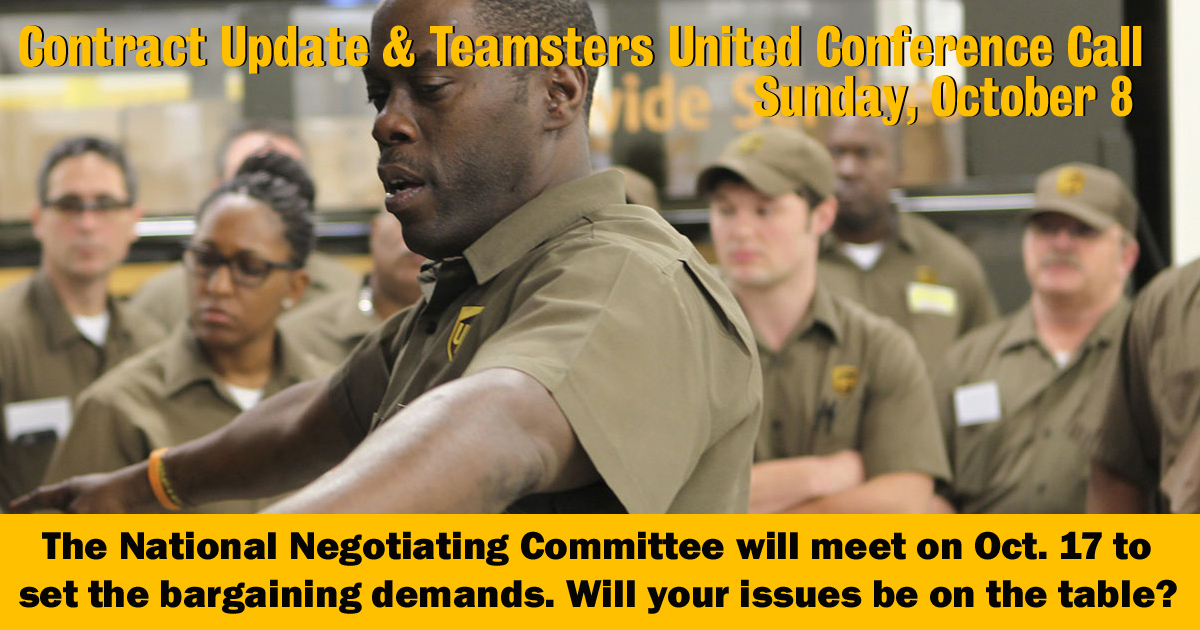 But our union’s bargaining demands will be set on October 17 when the National Negotiating Committee meets with representatives from every UPS local at the Two-Person meeting in Washington, D.C.

Teamsters United volunteers will be informing and uniting UPSers throughout contract negotiations.

More than six hundred members joined a national Teamsters United conference call today to make contract campaign plans. The next step is to print and pass out the UPS Contract Update before October 17.

The bulletin is available in color and black-and-white. 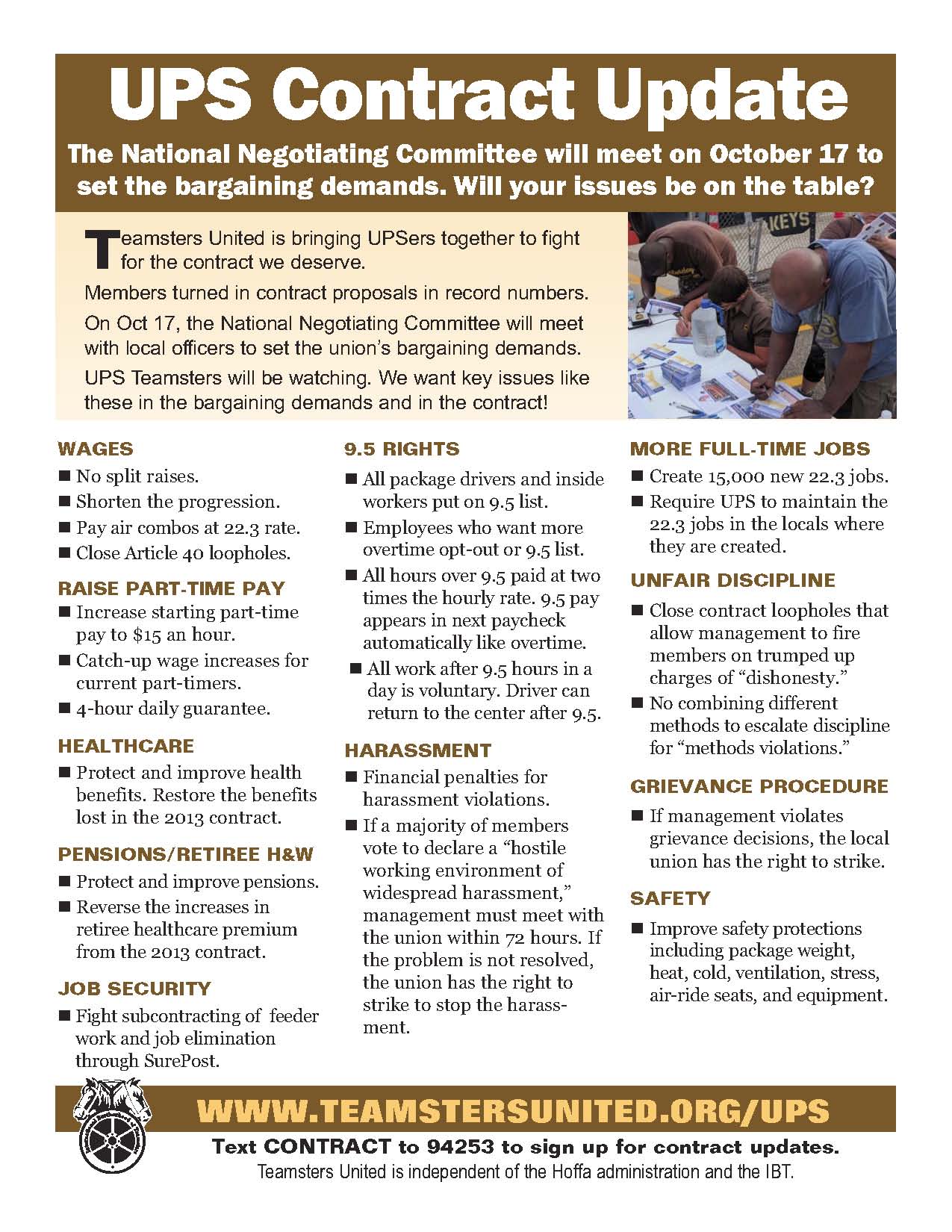