UPS announced first quarter profits of $1.35 billion today and told Wall Street that its profits for the year will top $6 billion.

The company’s strong profits are good news for UPS Teamsters and give us leverage in contract negotiations. 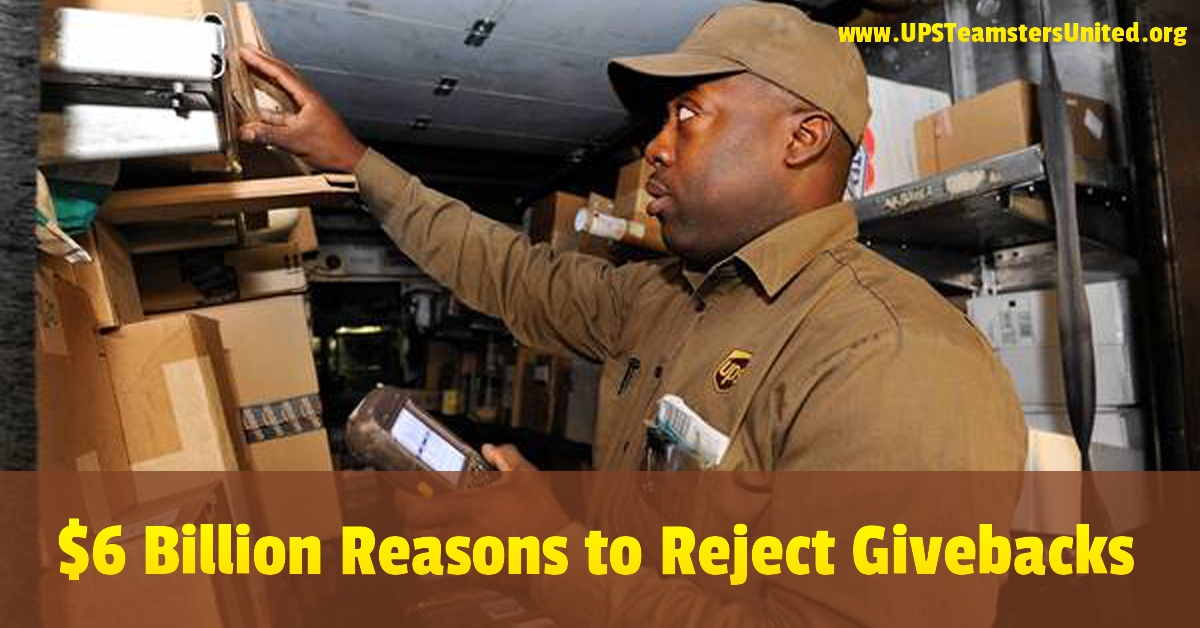 Despite record profits, UPS is demanding contract givebacks. But you don’t make givebacks to a company that’s making $6 billion a year.

Profits by the Numbers

“Our business was strong across all business segments,” CEO David Abney told investors. He’s right. Check out these numbers.

On a conference call this morning with investors and Wall Street analysts, UPS doubled down on its promise to make record profits this year. Company executives projected earnings per share of $7.03 to $7.37.

That means, UPS will make more than $6 billion in profits this year.

The $6 billion in profits is what will be left after UPS spends between $6.5 and $7 billion on new technology, automating hubs and expanding facilities to deliver even more packages.

UPS’s profits announcement was even better than Wall Street expected. UPS’s stock prices rose this morning. The membership’s expectations for a good contract should rise too.

“UPS Teamsters will never agree to make contract givebacks to a company that’s making $6 billion,” said Fred Zuckerman of Teamsters United. “The membership can and will Vote No and reject a weak deal,” Zuckerman said.

We’ve formed UPS Teamsters United to bring members together to share contract information and organize to win the contract we deserve.

If you think it’s time to put an end to givebacks, harassment and excessive overtime, then UPS Teamsters United is for you.

Click here to help bust the Contract Information Brownout. Sign up for updates and volunteer to pass out contract information to other UPS Teamsters.