UPSers are putting their anger to good use. We organized and Voted No to reject contract givebacks.  Now Hoffa and Denis Taylor are saying the contracts we rejected are “ratified.”

We demand they renegotiate reasonable changes. 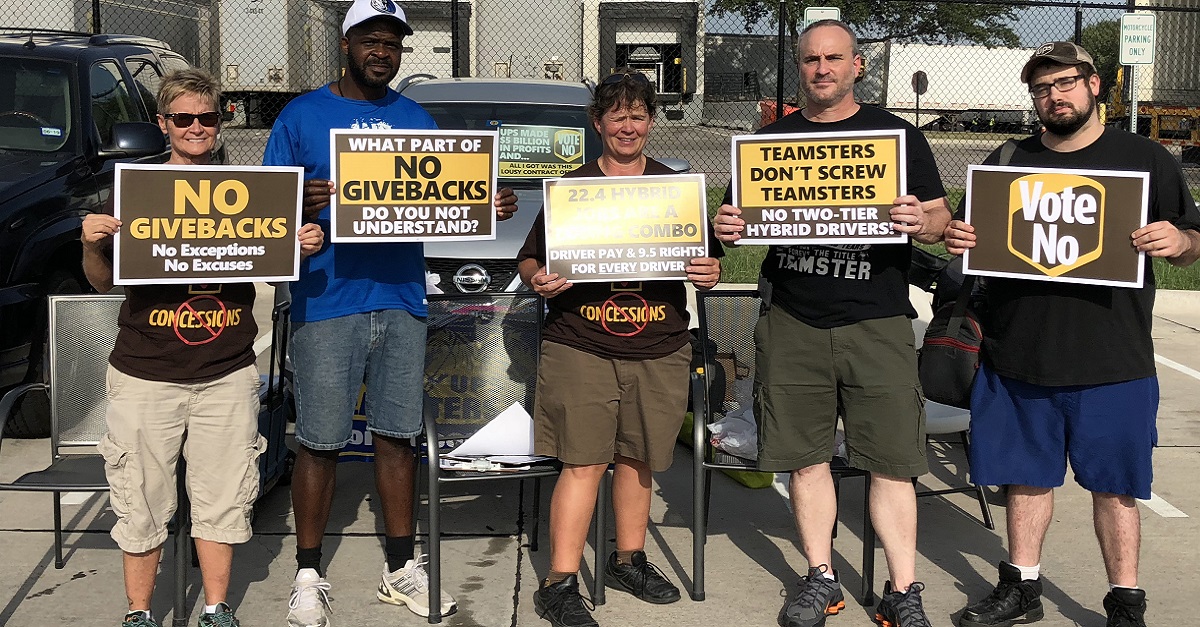 While Hoffa and management want us to give up or turn on each other and blame the members who didn’t vote, UPS Teamsters are making plans to take on UPS and take back our union.

"Majority rules! That's how it's been when we passed past UPS contracts - why not when we vote it down? Because UPS wants it and Hoffa delivered. As a longtime TDU member, I've organized with other Teamsters to make our union stronger. It's time to join TDU and help us win back democracy."

“I will be at the TDU Convention to make plans to stand up to UPS and defeat the 2/3 rule at the Teamster Convention in 2021.”

“The Vote No movement is not a failure. It’s the beginning of change in our union. We’re supporting reformers running for office in 767 and preparing to make change at the International level.”

TDU’s national Convention is coming up, November 2-4 in Chicago -- it's not too late to register. We’ll be planning next steps and holding educational workshops, too.

Find Our More About the TDU Convention

Take Action with Other UPsers