One of the biggest lies in Hoffa’s Vote Yes campaign is that the UPS and UPSF contracts represent a victory over subcontracting. That’s a joke. 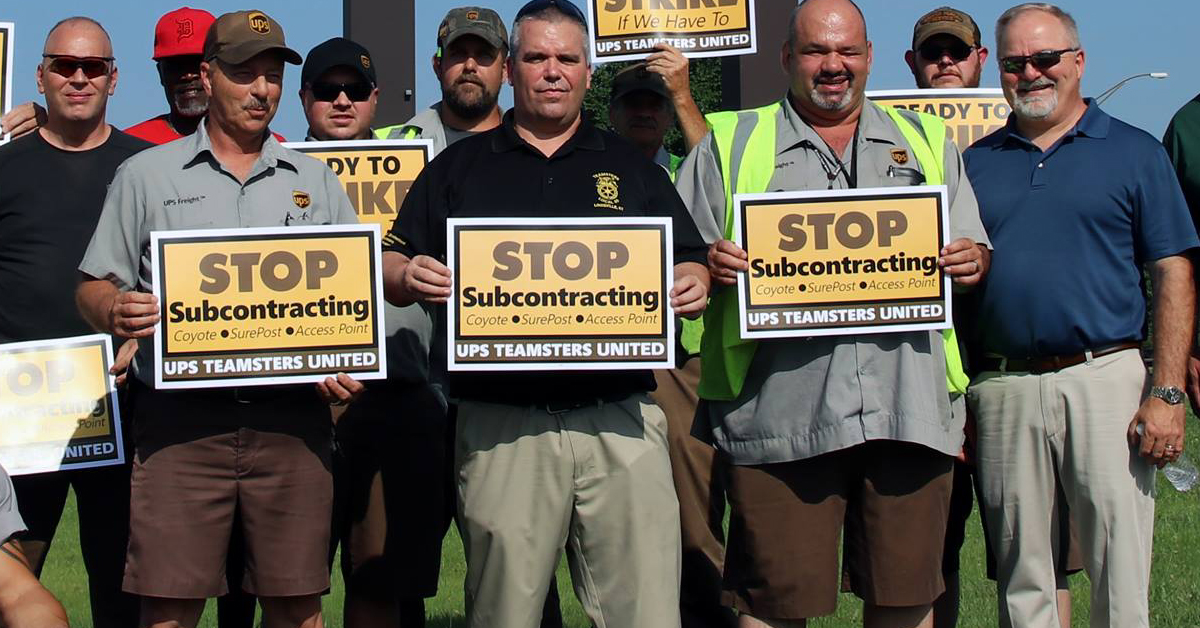 The truth is that the proposed contracts will increase subcontracting at both UPS and UPS Freight.

Under the proposed deal, UPS only has to create 200 more sleeper team positions by the end of 2019 and up to 2,000 over the life of the contract.

Under the proposed Article 19 language, “As long as the Company satisfies these hiring/training obligations, it shall have the right to cover these runs with substitute means of transportation.” That means non-union subcontractors!

On a national conference call, Package Division Director Denis Taylor admitted that UPS would be removing enough work off the rails for up to 4,000 sleeper drivers. But the contract only guarantees half that many Teamster jobs.

Taylor is right that sleeper team jobs are some of the highest paid positions under the contract—and that’s exactly why we need to Vote No and make sure that the work that comes off the rails gets done by Teamsters, not subcontractors.

At UPS Freight, the IBT is telling members that subcontracting will be reduced under the contract. But the opposite is true.

Under the proposed deal, the number of loads that are subcontracted will be allowed to increase as long as the percentage of subcontracted loads goes down by 1% a year.

As volume increases, the overall number of subcontracted loads will go up, not down.

UPS only has to hire 100 road drivers over five years—another giveaway to the company.

Balloting materials will be mailed between September 11-14 with a secure PIN to use to vote online or by telephone.

If you do not receive your balloting materials and PIN in the mail, or if you need replacement materials, call your local union to confirm your address and the local will have a new ballot packet sent.

Vote No in strong numbers to send the International Union back to the table with a mandate from the members to negotiate a better contract offer with stronger subcontracting protections.