UPS Teamsters on the West and East coasts held days of action this week to protest widespread pay cuts for part-timers. More actions are planned for next week. 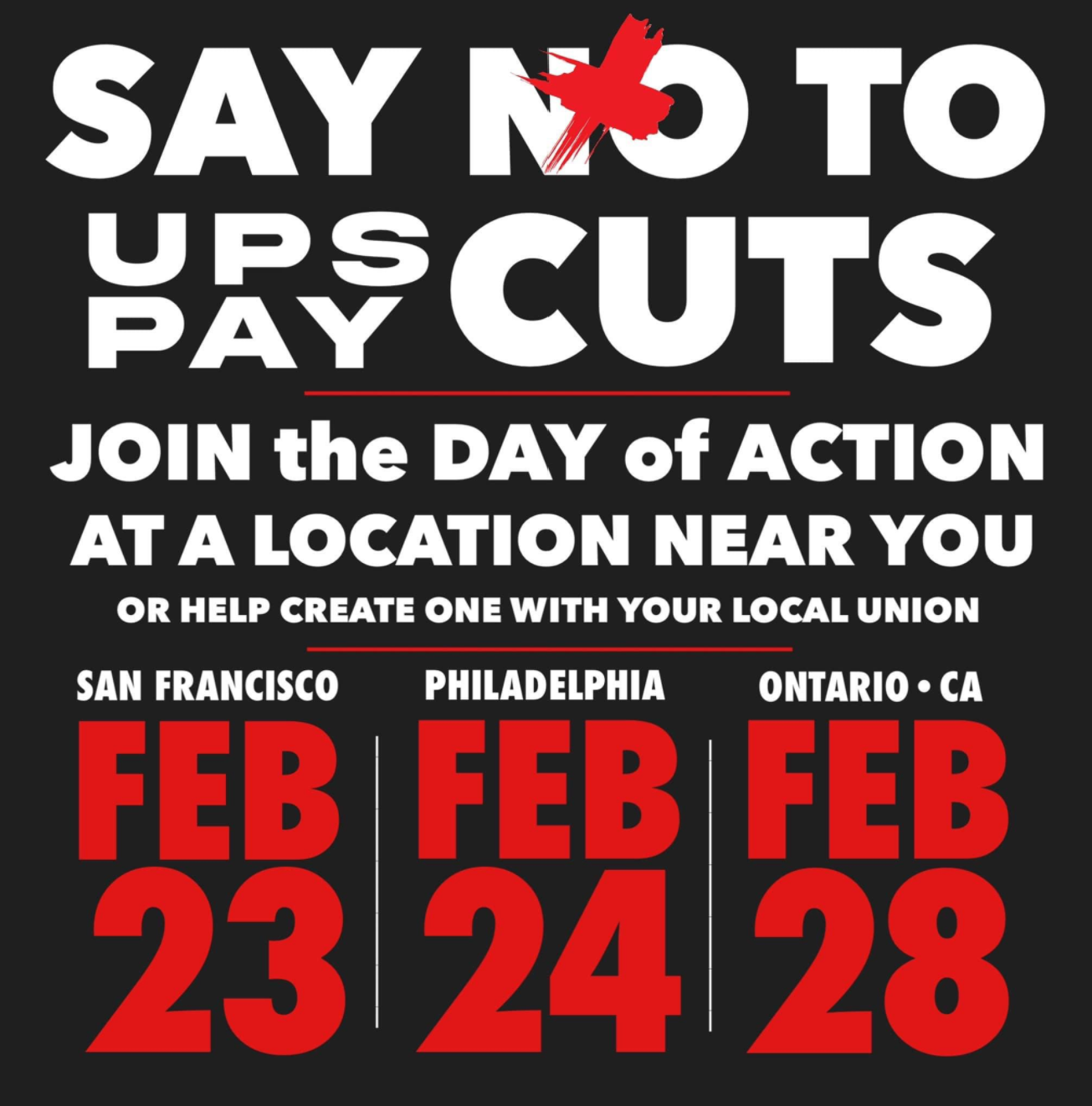 UPS is imposing wage cuts on part-timers in many areas by letting Market Rate Adjustments expire.

The pay cuts are coming at the same time that UPS is announcing a record 2021 annual profit haul of $10.9 Billion.

With the 2023 contract fight around the corner, members and locals are holding protests and gearing up to fight for higher part-time wages and a real progression for part timers in the next contract.

In Northern California, UPSers held rallies at the San Francisco 17th & Utah building, the Oakley building, and other locations. 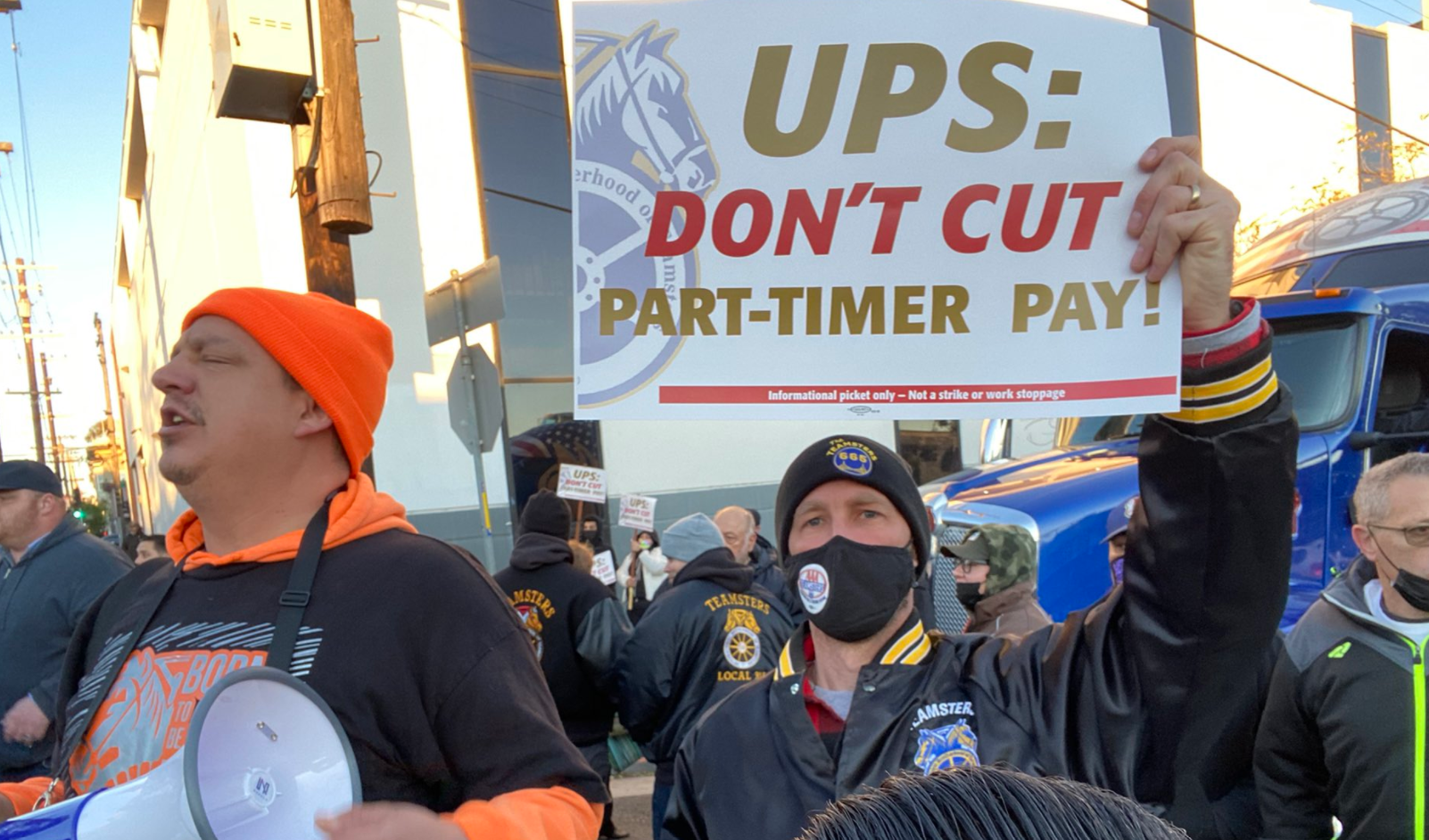 In Philadelphia Local 623, members rallied at the Oregon Avenue building on Thursday. 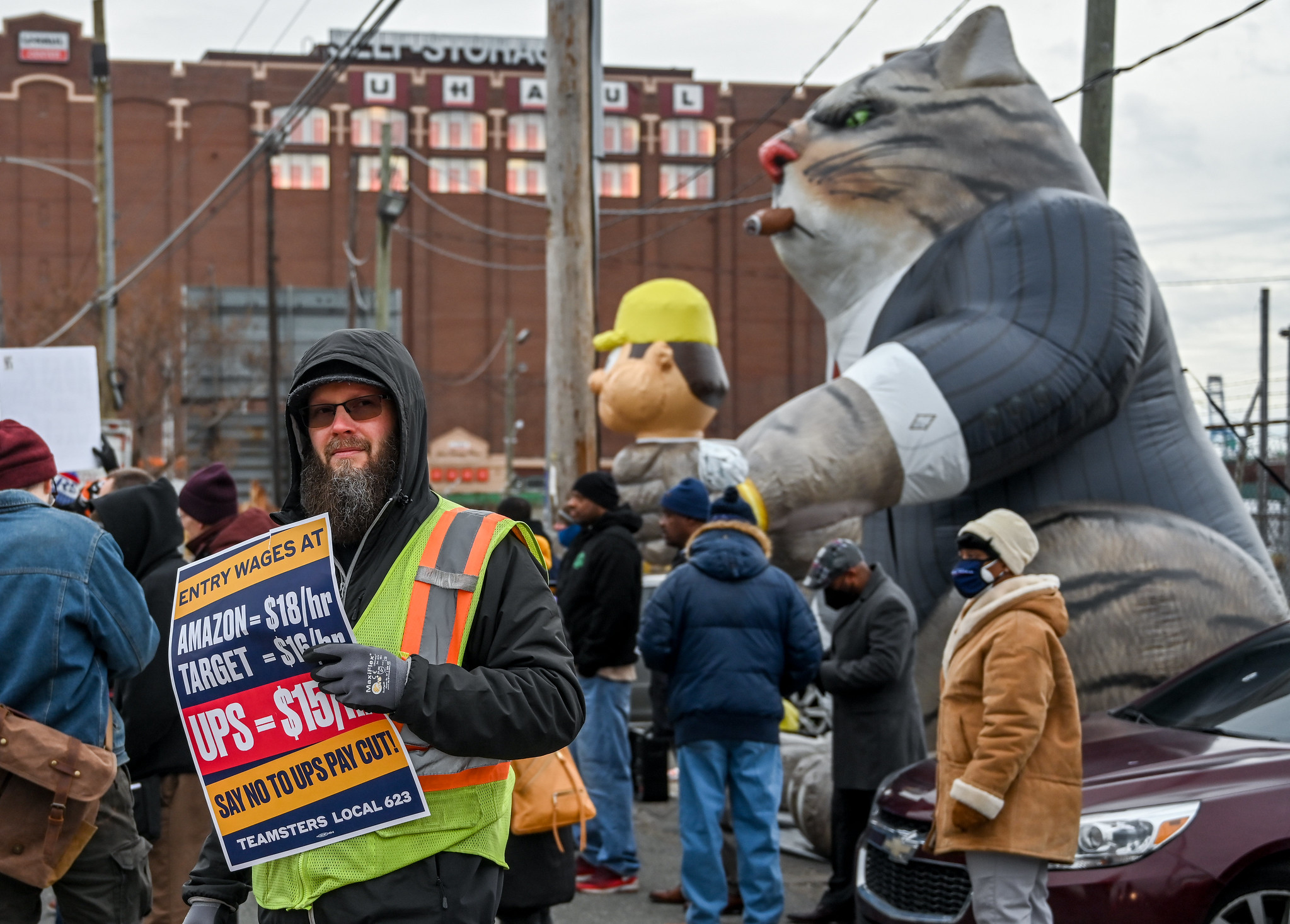 On Monday the 28th, UPSers in Southern California Local 63 will rally at the Ontario hub, where thousands of part-timers work.

Winning the Wages We Deserve—And More

MRAs prove that UPS can afford to pay much higher wages, and that higher pay rates need to be guaranteed in the contract.

United, we can win higher wages and a real progression for part-timers in the next contract.

Join other UPS Teamsters on Sunday March 20 for an online workshop on what it will take to win a strong UPS contract. Click here to register.