UPS is imposing wage cuts on part-timers in many areas by letting Market Rate Adjustments expire. Members and locals are holding protests and gearing up to fight for higher part-time wages and a real progression in the next contract. 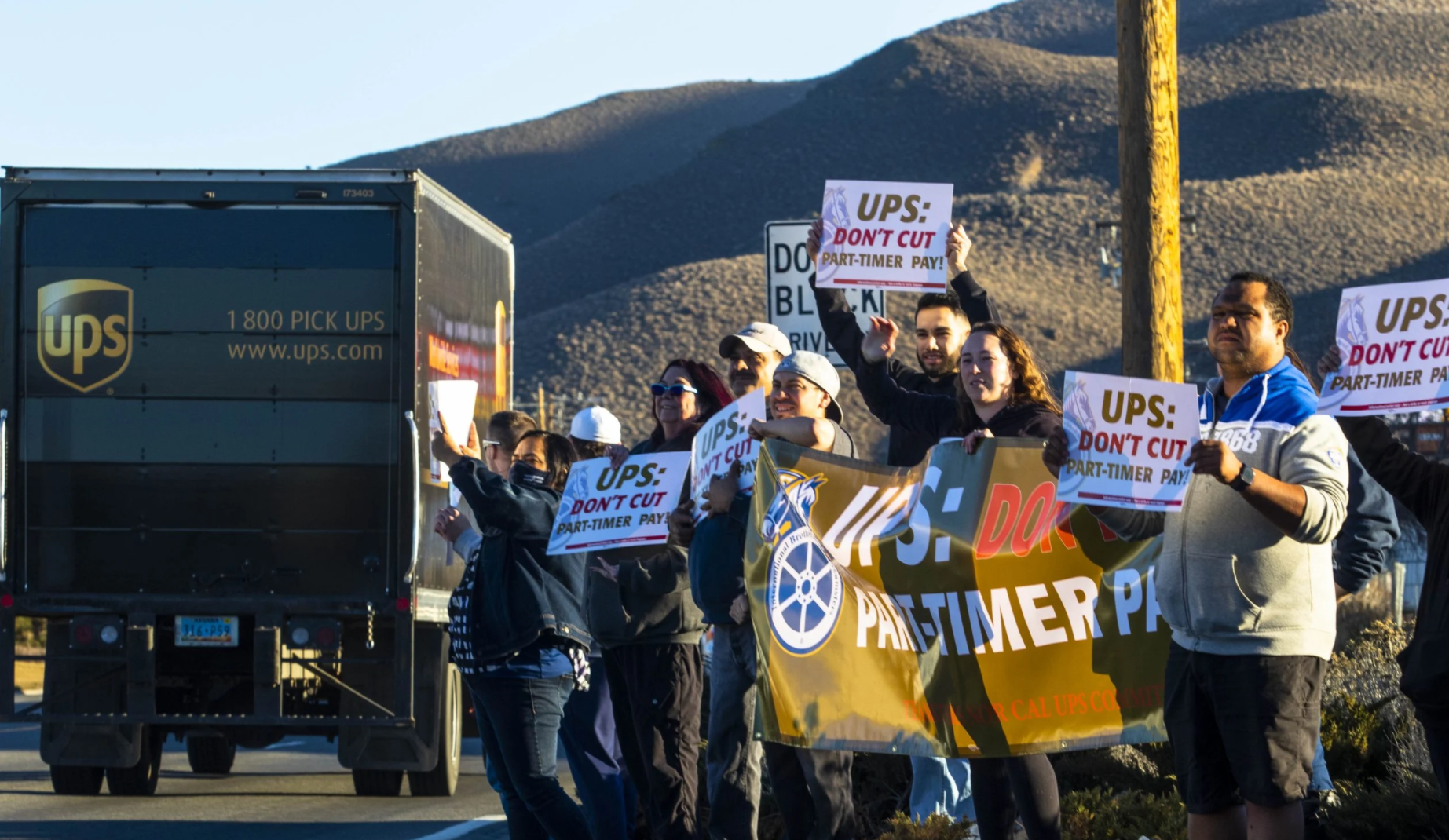 Using Market Rate Adjustments (MRAs), UPS has raised the wages of some workers without implementing raises across the board.

MRAs can cover a whole geographic area, a single center, or in some cases just certain shifts. They can take the form of hourly rate increases or weekly bonuses.

UPS uses Market Rate Adjustments to make it easier to hire and retain part-time workers. But they also use them to divide the union. MRAs pitted senior workers against new hires, and in some cases members at one building against another.

Unlike contractual raises, Market Rate Adjustments can be temporary. With peak season over, management is announcing plans to drop MRAs, cutting part-time wages to the contractual rate.In some cases, this means pay cuts of as much as 25 percent.

Although contractual wages and progressions can’t be fixed until the next contract, members are organizing now to stop the unfair cuts.

Northern California Joint Council 7 called for a day of action at UPS hubs across the region last Thursday. Full-time UPSers stood in solidarity with part-timers in parking lot rallies and demonstrations calling on UPS to stop the cuts.

In Reno NV Local 553, members, local union officers, and community leaders rallied at the Vista Boulevard building with signs and petitions to protest the cuts.

In Richmond CA Local 315, drivers rallied with part-timers before start-time to show unity against the company’s cuts. Leaflets were passed out at the gates on all shifts to inform members and mobilize against the proposed cuts.

Philadelphia Local 623 is petitioning at all UPS locations from now until the proposed cut date of February 28. Gate actions and outreach to local political and community leaders are underway.

The local is calling on members to “Talk to your sisters and brothers at UPS gates, sign the petitions, and come to our next General Member Meeting… to plan how we can stand together and fight back.”

In Louisville Local 89, members started organizing to protest MRA cuts back in 2021. Steward David Frantz organized a petition drive that collected thousands of signatures from across the local - not just the affected centers - in solidarity with the part-timers whose wages are under threat.

The wage cuts will likely lead to staffing shortages as part-timers leave for better paying jobs. Inevitably, supervisors will do bargaining unit work.

Fair Wages for Part-Timers in the 2023 Contract

MRAs prove that UPS can afford to pay much higher wages, and that higher pay rates need to be guaranteed in the contract.

United, we can win higher wages and a real progression for part-timers in the next contract.