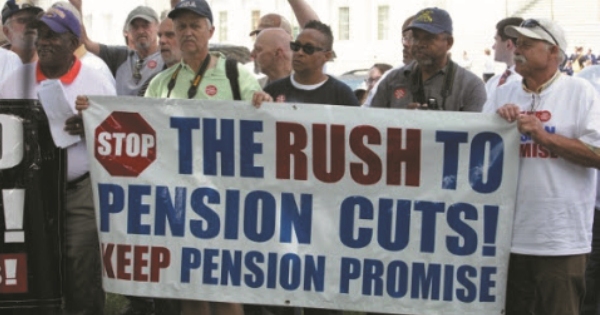 A posting by brother Baum says that the Fund plans to submit a proposal to the U.S. Treasury to cut retiree pensions by 31%, and impose a 20% cut on current active Teamsters.

Baum reports that the Fund plans to submit the proposal to Treasury on August 25. Letters explaining the proposed cuts will be mailed to participants perhaps as early as August 15.

The proposed cuts are the result of the Fund claiming to be in “critical and declining status” under the 2014 Multiemployer Pension Reform Act. Prior to that disastrous legislation, such cuts were illegal.

Over the course of the past few months, the Fund and local officers have alerted Teamsters to the pending cuts. In response, current and retired Teamsters have held independent, grassroots meetings in Albany and the Hudson Valley to counter any cuts.

Mark Greene, a UPS driver from Local 294 Albany, has been at the center of this rank and file organizing effort. 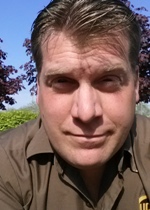 “Since the Upstate New York Teamsters pension crisis began to unfold in 2008, we’ve always believed in a shared responsibility approach for fixing the problem,” stated Greene. “This would mean actives, retirees, employers and our government should share the burden for fixing these pension shortfalls.”

Greene and other Teamster activists have formed the Teamsters Alliance for Pension Protection (TAPP) as an independent campaign to find fair solutions for maintaining hard-earned and promised pensions and retirement security.

Greene has noted that the New York Fund has also assessed the Central States application and learned from the rejection of that proposal. Teamsters in upstate and western New York have much to learn from the fight that has been waged to oppose cuts proposed in the Central States. Both active and retired Teamsters who want to learn more and get involved in a campaign to counter the cuts can contact TDU.

In 2010 the Fund cut pension accruals to stabilize the plan. Since that time, the stock market has done well, so many members question what caused this crisis.

Teamster president James Hoffa has had nothing to say about the cuts, and done little or nothing to help bolster Teamster pension plans. First Central States, now Upstate New York—who’s next on the block?