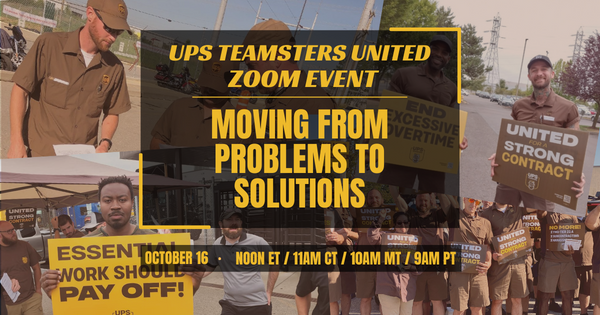 Join UPS activists from around the country for a briefing on contract proposals that can move us from problems to solutions on issues like:

On the UPS Teamsters United zoom event, we’ll also talk about next steps in the UPS contract campaign and share strategies for getting members informed and involved where you work.

Join the Zoom event to learn more and find out how you can get involved in organizing to win the contract we deserve.

This zoom event is being organized by UPS Teamsters United, a grassroots network of Teamster members. We are independent of the IBT and its affiliates.