The Hoffa-backed Vairma Slate opposed an OZ-Teamsters United amendment to improve strike benefits. Now they are trying to take credit for it. 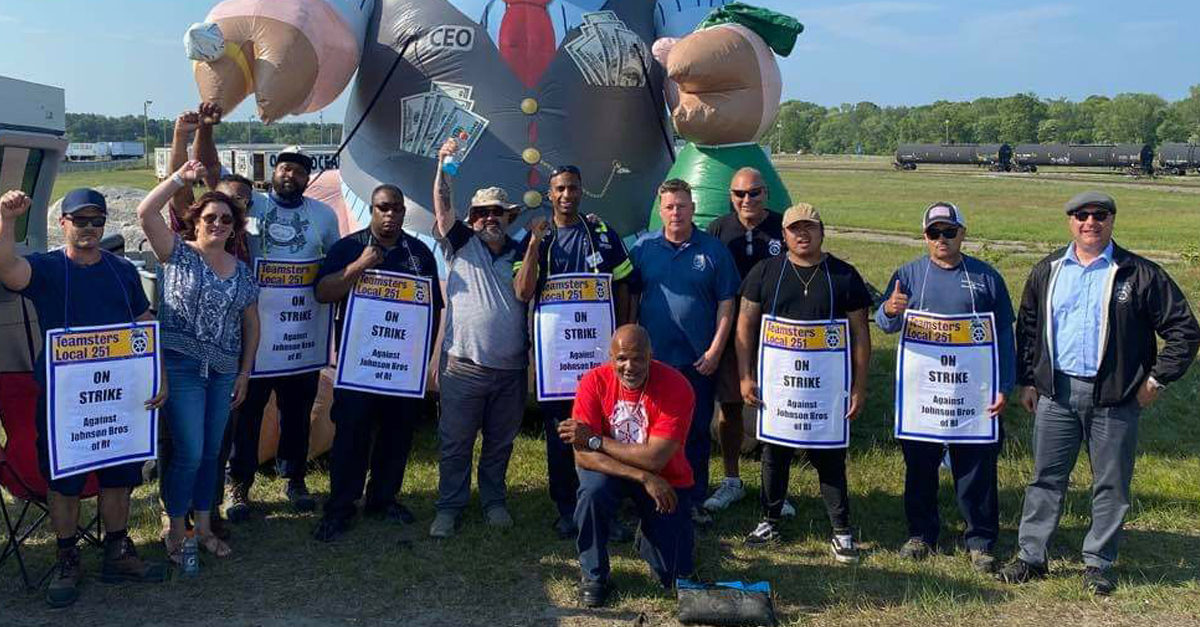 If they’ll lie to you to win office, what would they do if they ever won?

The good news is this. Strike benefits will be payable from day one of every strike if IBT Convention delegates vote as expected tomorrow.

Until now, Teamsters don’t get strike benefits until the 8th day of a strike. Strike benefits will remain as five times the members monthly dues rate, paid each week.

The IBT Constitution Committee unanimously recommends that delegates approve the amendment to the IBT Convention.

How We Got Here

Sean O’Brien-Zuckerman and the Teamsters United Slate proposed and championed for months an amendment to make strike benefits payable on day one. Fred Zuckerman proposed it five years ago.

We want to support strikes from Day One. And short strikes are often the most effective ones.

Vairma and Herrera put forward an opposing proposal with a loophole that denied strike benefits on day one to locked-out Teamsters and members on an economic strike—the overwhelming majority of strikes!

Vairma and Herrera opposed and voted the OZ-Teamsters United amendment down at the Constitution Committee, and then withdrew their own proposal.

OZ-Teamsters United announced they would move to improve strike benefits from the floor of the Convention.

But with the majority of members and Convention Delegates backing the changes, Vairma and Herrera flip-flopped to back the amendment that makes all strike benefits payable on Day One. Vairma made an amendment to O’Brien’s motion to have the improvement be effective as long as the strike fund has over $150 million in assets. (The strike fund currently has $291 million in assets.) O’Brien and Zuckerman accepted the amendment in unity.

Sean O’Brien made the motion to the Constitution Committee in favor of this amendment. Vairma seconded it and it passed unanimously.

Sean congratulated Vairma on passing the strike pay improvement together.

Playing Politics with Our Strike Benefits

This could have been a moment of unity in our union, but Vairma-Herrera chose to play politics with our strike benefits instead.

They took to social media to try to take credit for improvements that they opposed: strike benefit improvements, and changes in Article XII of the Constitution to protect the members’ right to reject contract supplements, without being overruled. Then they claimed credit for the proposal to require rank and file members on all bargaining committees, which was proposed and championed for months by O’Brien and Zuckerman.

When you can’t run on your record, you lie, spin and go negative. It won’t work at the Convention and it won’t work in the IBT election this fall either.