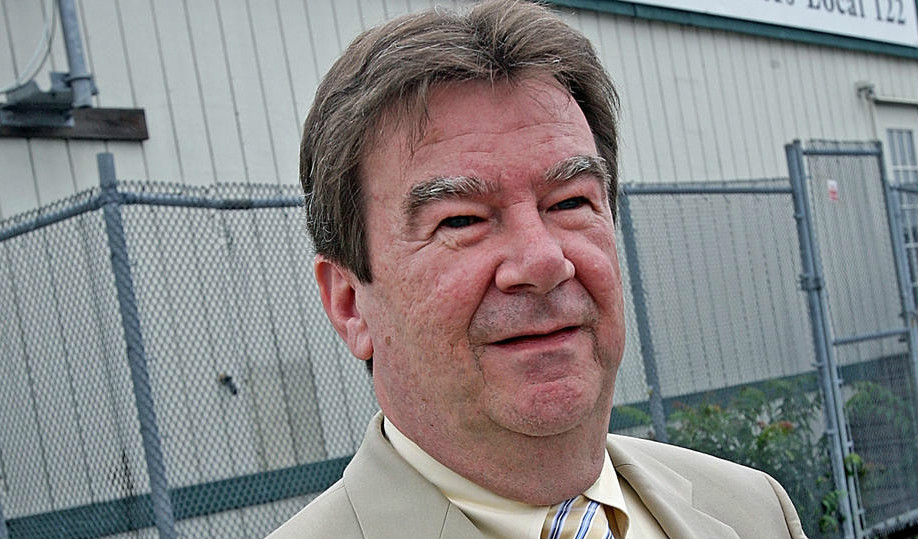 When Boston Local 82 members organized to unseat Hoffa’s National Trade Show Division Director John Perry in his home local, Perry brought in professional muscle. His enforcer Joseph “Jo Jo” Burhoe smashed the face of one opposition supporter with a brick and unleashed a reign of terror on members who repeatedly wrote to Hoffa to ask for protection from blacklisting, threats and violence.

After Perry sent a letter to a Local 82 member threatening him with being “put in a trunk of a car, having your ribs broken and being hospitalized” Hoffa sent a letter back saying: “The International Union does not have agents in the Boston area to provide protection to you or your family and does not have the capacity to investigate all of your numerous complaints.”

In fact, Hoffa did have agents in the area: namely John Perry, the official behind the violence, and International Union Vice President John Murphy who’s pictured here with Burhoe. 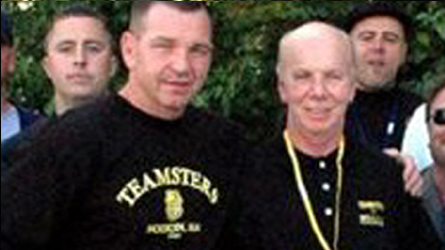 Perry would still be in office—the Hoffa administration held a hearing and found him innocent. The IRB banned him from the Teamsters in 2011 and Perry was sentenced to federal prison for racketeering. Burhoe got a five-year sentence for his crimes, including extortion.