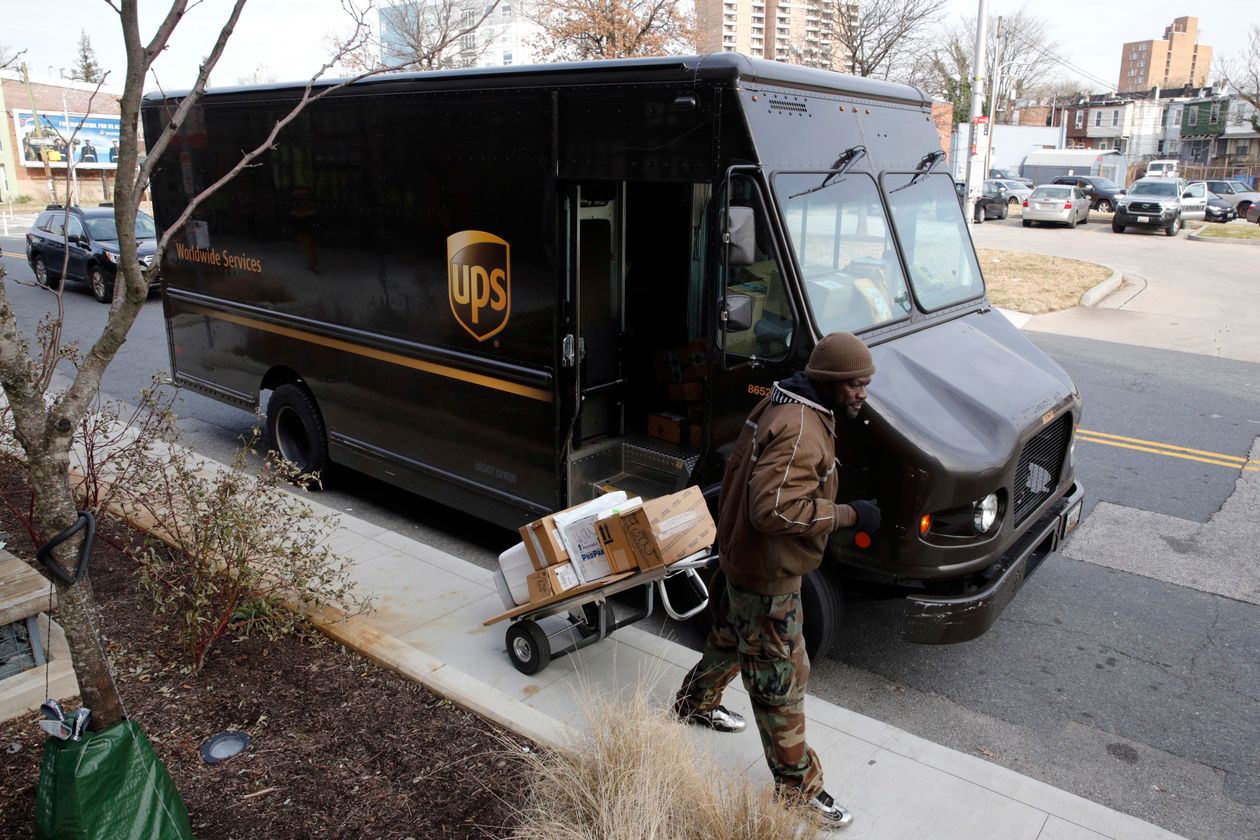 Delivery workers have moved closer to the front lines of the pandemic.

Drivers from FedEx Corp. FDX +11.84% and United Parcel Service Inc. UPS -3.10% are encountering new obstacles and heightened levels of suspicion due to the coronavirus pandemic, which is upending the daily routine of ferrying packages to homes and businesses.

Customers, wary of the number of people drivers are exposed to on their routes, grill them about whether they might be infected. Some are being asked to sign documents about their health status or submit to tests before they enter a business. Then there is the signature process, which has quickly become outmoded and prompted UPS UPS -3.07% to institute a new approach that allows signers to keep their distance.

While much of the world retreats, delivery workers have moved closer to the front lines of the pandemic as they try to fill a growing need for everything from protective equipment and test kits to medical facilities, to toilet paper and sanitary wipes.

Nick Perry, a UPS package-car driver in Columbus, Ohio, said his daily route brings him to between 70 and 80 commercial stops each day, from small businesses to community colleges, where he delivers up to 300 packages.

“That’s a lot of volume and a lot of interaction,” the 32-year-old Mr. Perry said. He said he has faced questions about whether he has contracted coronavirus. Other drivers in his facility have been asked to sign documentation about their health status and submit to temperature checks when making deliveries to nursing homes, for instance.

FedEx and UPS have advised drivers that they don’t have to sign such declarations about their health status or recent travels, or have their temperature taken. Instead, the companies are devising workarounds like finding alternative drop-off locations.

The companies have already changed some procedures to respond to recipients who have balked at signing the drivers’ touch-screen devices to release deliveries.

For deliveries needing a signature, UPS drivers are now instructed to stick a notice on a front door, ring the doorbell and step back. The recipient is then asked to sign the notice with their own pen and close the door before the driver leaves the package.

FedEx, meanwhile, has suspended collecting most signatures for deliveries in the U.S. and Canada.

“This change is meant to help protect our team members and customers by preventing exchange of the signature equipment at the point of delivery and keeping them at a safe distance from each other consistent with social distancing guidelines,” a FedEx spokeswoman said.

Drivers have raised other concerns about their work situation, including the sanitation of trucks and facilities. Mr. Perry, for instance, has been told by supervisors that Lysol wipes weren’t allowed on delivery vehicles because they didn’t have a safety sheet as required by the federal Occupational Safety and Health Administration.

A UPS spokesman said that such a form isn’t required and the company’s health and safety director is sending out a message “to ensure there is no confusion about approval for this product for use by personnel on our vehicles and in UPS facilities.”

While drivers spend most of their days alone in their vehicles, FedEx and UPS workers further up the supply chain have other concerns. Large package sortation centers and air hubs have thousands of workers at each facility handling millions of packages.

In normal times, they would crowd into security checkpoints in close proximity before heading off to their workstations, including boarding shuttle buses at airports.

At FedEx’s global hub in Memphis, Tenn., the company is taking extra steps to make sure employees keep a greater distance from each other during security check-in at the airport. It is adding some walking lanes at the airport to reduce the number of employees on shuttles that take them to their work locations, which also helps space out workers on buses.

UPS’s union has spent recent days meeting with the company regarding various concerns about work conditions at its main hub in Louisville, Ky., where as many as 7,000 people can work a night shift and more during the day. Fred Zuckerman, president of Teamsters Local 89 in Louisville, said the main concern has been the shuttle buses, where close contact is unavoidable.

“My biggest fear is that somebody is going to turn up positive, and they’re not going to know everyone they were around,” Mr. Zuckerman said.

UPS has responded by adding 15 school buses to the shuttle fleet in Louisville to try to reduce the number of workers on each shuttle. It is also cleaning them between trips and setting up walking paths so not all workers need to get on a shuttle, the Teamsters said Wednesday.

The company will also have a “dedicated housekeeper” during the periods where packages are sorted that are assigned to each building to constantly sanitize the workplace.

“We are working on ways to adapt our normal processes to ensure we satisfy customer needs and keep commerce flowing for business and customers,” the spokesman said, adding that the company is preparing to prioritize health-care shipments if needed.

FedEx founder and Chief Executive Fred Smith sent a memo to its global workforce Tuesday, noting the role the company has played as the virus has spread over the past few months.

“These are unprecedented times, and we are one of the only companies in the world that has the networks and capabilities to keep commerce and aid moving,” Mr. Smith wrote.

“For many decades, FedEx has dealt with natural disasters and medical challenges, and we are doing so in exemplary fashion once again. Our pride and appreciation for your work is without limit,” he added.