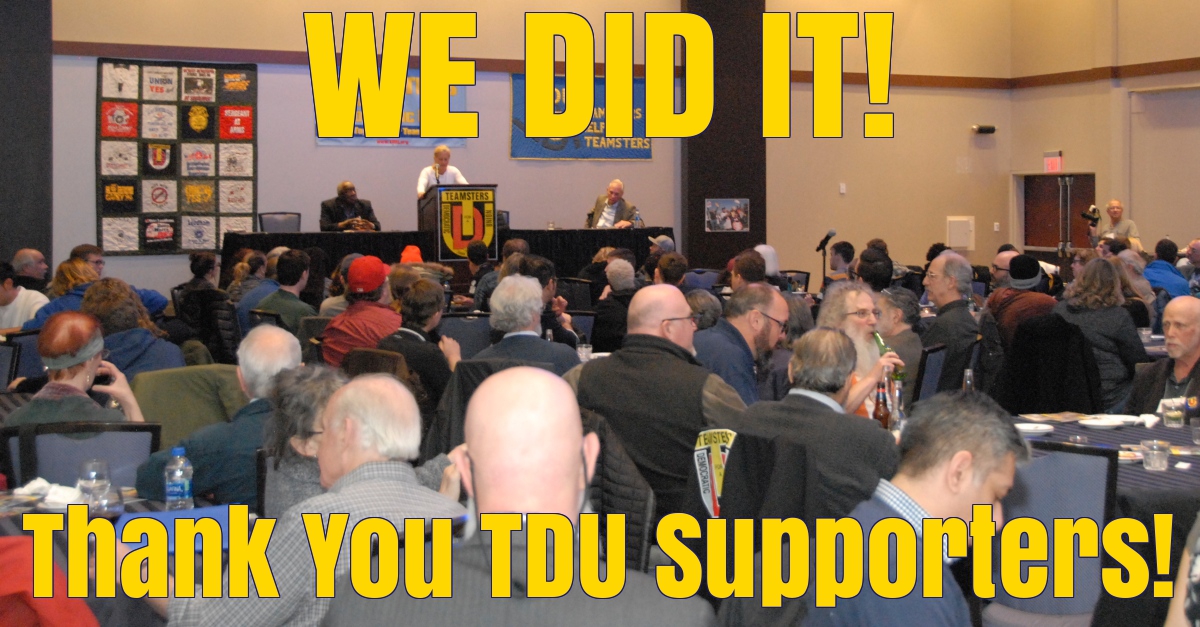 Long-time supporters of the Teamster reform movement dug deep to make special one-time gifts on top of their annual contribution. Two hundred twenty-five donors were first-time donors—and many of these are younger labor activists we met for the first time and who came to one of our local Future Fund fundraising events.

We are honored by the great response to the campaign—it reconfirms that all of us are in the struggle to build a fighting labor movement together. We are eager to keep hitting the gates and reach more members, and we look forward to working together with you in the years to come.