UPDATED: In Western Pennsylvania, UPS Teamsters ratified their supplement by a vote count of 980-221, after rejecting two previous offers by overwhelming margins. 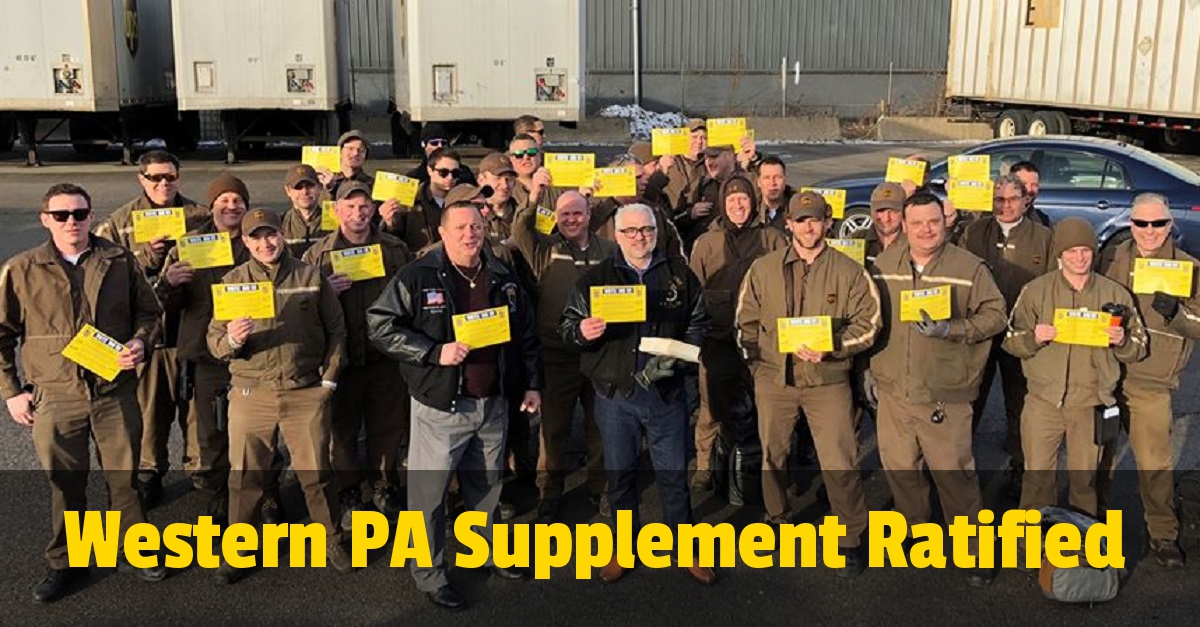 The big turn-around on the third vote came for two reasons. First, the third offer removed the drastic takeaways that were in the second rejected offer. Second, management and the International Parcel Division threatened the locals and the members that a third rejection would lead to a worse settlement.

The agreement includes money that is needed for the Western Pennsylvania Pension Fund, so no portion of wage increases will be diverted to pay for pensions, along with other improvements over the second offer.

General Secretary Treasurer Ken Hall attended the vote meetings of New Stanton Local 30, one of the two largest affected, and told members they would likely end up with something worse if the offer was rejected.

Hall indicated the IBT General Executive Board could vote to impose a deal. More than a half dozen IBT Vice Presidents had already promised to vote against imposing a supplement that had been rejected by the members.