The Western Pennsylvania Teamsters and Employers Pension Fund, headquartered in Pittsburgh, applied for permission to reduce benefits to remain solvent, which could cut the pensions of thousands of Teamsters. 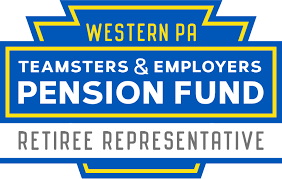 And retirees and active Teamsters are plenty mad about it. The Fund Trustees believe this is the only route to save the fund.

If approved, there would be 30% cuts for many participants. Older retirees would be protected by law, and those in the top benefit class (UPS, freight and some other Teamsters) who have 30 years of credits have a protected benefit level.

The trustees cited the 2008 financial collapse brought on by Wall Street, the big pension contribution reductions by YRC, and the withdrawal from the plan by the Giant Eagle warehouse.

The process will likely take a number of months, and will include a vote by all fund participants; however, non-voters count as a “yes” and the vote can be overruled.

The MPRA application filed by the fund is available here.

A report on the submission and timeline is available here.

Once again, we see that Teamsters could possibly lose pension benefits they worked hard to earn, because of Wall Street greed and employer union-busting.

And we see how important it is to get federal legislation – such as the Butch Lewis Act – to protect the hard-earned pensions of workers who played by the rules to earn them.