Teamster volunteers collected more than 100,000 petition signatures to officially accredit the OZ-Teamsters United Slate. Now, we’re gearing up to elect delegates to the Teamster Convention to stand up against Hoffa-Vairma and contract givebacks. 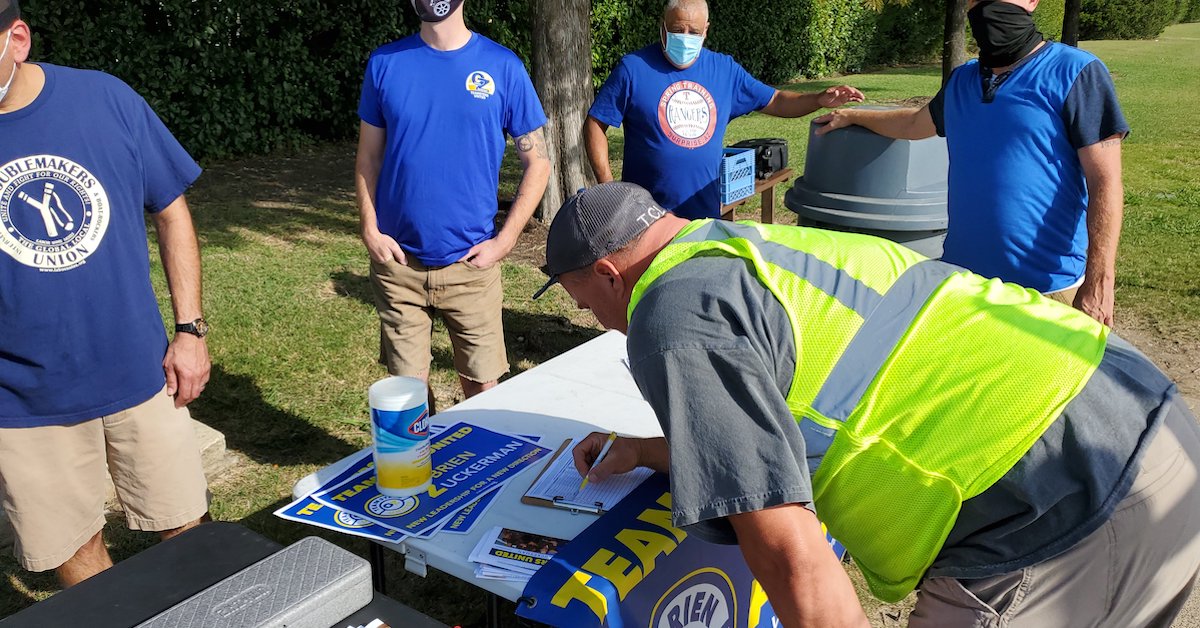 At the 2021 Teamster Convention in June, Delegates will officially nominate candidates for International Union Office.

Delegates will also vote on reforms like ending the two-thirds rule and protecting union democracy.

These votes will affect you. Don’t let your local union be represented at the Convention by officials who support Hoffa-Vairma and their contract givebacks.

Working Teamsters have been shut down too many times, including in the voice in the UPS contract vote. We are going to make our voices heard and our votes count this time.

By September 30, every Local Union will have submitted an election plan for Convention Delegates and Alternates.

Now’s the time to prepare to elect Convention Delegates from your local who will support OZ-Teamsters United.

Sign up to get information on how to run for delegate or to find out more getting involved in electing new leadership in our union.