YRCW stock jumped 25% within minutes of today’s opening, following the second quarter report on YRCW’s best period in a decade. What will it mean for 20,000 Teamsters who made it possible? 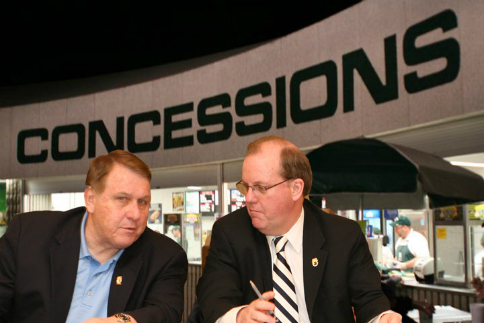 YRCW’s operating profit for the quarter was $56.9 million, compared to $20 million a year ago.  Analysts noted that YRCW’s profits are up on lower revenues, as LTL freight has declined a bit in 2015.

YRCW Teamsters have sacrificed many thousands of dollars in wages, and more than that in lost pensions. Is it time to start planning for revisiting some of the concessions – we think so. It’s also time for the IBT reps on YRCW’s board to make sure equipment is upgraded, rather than exec perks or some pet project.

YRCW Teamsters in the West have been kicked out of the Western Conference Pension Plan, with no chance of earning an early retirement (PEER 80). How about lifting that punishment of the Teamsters who made YRCW’s profits possible?

YRCW Teamsters across the country are asking if this profitability will lead to any consideration of proposals by the International Union, which has done nothing, but congratulate themselves for giving concessions.

The Hoffa administration has done nothing for freight Teamsters: no real organizing, to saving the NMFA, and they’ve completely failed to protect Teamster pensions.

Fortunately, they can be voted out of office in 2016 – if Teamsters unite to make it happen.