Beating Management at the Grievance Game

How to protect members and enforce the contract when management is trying to derail the grievance procedure.

The grievance procedure is supposed to protect members from unfair discipline and hold the company accountable to the contract.

But management plays a variety of games to derail the grievance procedure and undermine our rights.

Management gets over when members don’t know their basic rights. Whether the boss is trying to isolate members from stewards, encourage side-deals, or intimidate you into accepting discipline, enforcing your right to representation is always the first step.

Ask for a steward anytime a conversation with management could lead to discipline.

Management has the right to ask questions in an investigatory interview. But don’t fall for a fishing expedition. Members who are called into the office should have their steward with them and be prepped to keep their answers short and general.

If you’re asked about something and you don’t remember, just say so. The worst thing you can do is to make up a story and give management an excuse to try to discipline you for dishonesty.

If you’re caught off guard, tell management you need to caucus. Members and stewards have the right to step out of the room and talk privately.

If management makes accusations or brings up work history that catches the member or the steward by surprise, the shop steward should request documentation.

Another common management tactic is to try to get you to lose your cool. They’ll put a member or steward down, shout, or pepper you with ridiculous questions—whatever it takes to provoke a reaction they can use against you. Don’t give them the satisfaction or the upper hand.

Keep your cool and think twice before reacting to a statement or question. A member or steward can stop a meeting at any time and call a union caucus. Use the caucus to calm things down and keep on track.

In a grievance or disciplinary hearing, it’s up to management to prove an infraction and to justify the level of discipline. But a common trick is for management to try to shift the burden of proof onto the employee.

In some cases, management will even start out a meeting by saying, “Do you know why you’re here?” or “Give me one good reason why I shouldn’t fire you right now.”
Other times, management is more subtle, but their goal is the same.

Don’t let management turn the tables. In a disciplinary meeting, the shop steward or union representative should always insist that management present its case first.
Make management answer the question, “Is that your entire case?” Then, use the Seven Tests of Just Cause to show that management failed to meet its burden of proof or that the discipline is too severe.

Management will frequently ask a steward or union rep to drop one grievance to get a settlement on another. Don’t do it. Once you go down this road, management will never settle a grievance without trading it for something. Grievance settlements can involve compromise. But all grievances should be pursued on their individual merits.

Supervisors love to change the subject to get out of resolving an issue. Instead of discussing a grievance, they’ll bring up other problems or side issues. Redirect the conversation back to the issue at hand—as often as it takes: “We can discuss that later. Right now, we’re talking about this grievance.” Don’t take the bait and let management side-track the meeting.

This is the most common management game—and the toughest to deal with. The right way to deal with company stalling depends on the situation.

Sometimes group pressure is in order. If the problem affects a large number of members, file a group grievance. Make sure both the union and the company get a copy and follow up with your union rep so they know it’s a priority issue to members. A group of members can raise the issue together in the office—or at a union meeting—to make sure a grievance isn’t ignored.

If the company is wasting your time by stalling, it may be time to take up some of management’s time. Under the National Labor Relations Act, and many Teamster con-tracts, the union has the right to file an information request and get documents from the employer that are pertinent to the union’s investigation of a grievance. Hitting manage-ment with a reasonable, but detailed, information request is one way to make management pay the price for not responding to a grievance.

Publicity can have its place. Some stewards pass out grievance updates to keep members informed about the status of grievances—and to keep certain grievances in the public eye. Post a union countdown with the number of days that management has been ignoring the grievance.

Hold a Grievance Update meeting in the break room. Use social media and text groups to keep members on the same page. Have members wear stickers that say, “Respect.” (Note: Your right to wear stickers or take other group actions depends on your employer and your contract. Contact your union rep or call TDU before taking group action.)

Generally speaking, it’s easier to resolve grievances at a lower level in the grievance procedure. Take action early and target the people who have the ability to settle the issue. Don’t wait until a problem is tied up in arbitration or headed to a panel.

By using smart strategies, we can beat management at their grievance games. 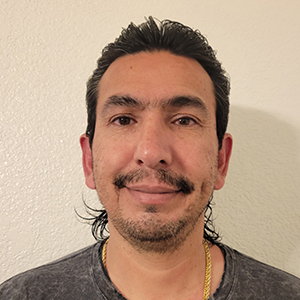 “As a steward it’s your job to help members before they make a wrong move. After management makes their case, go outside the room to get your stories straight. Think before you speak.” 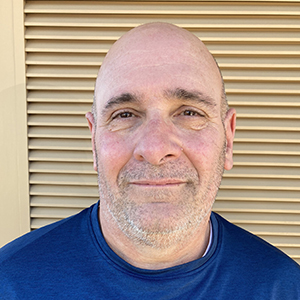 “You can beat management at the stall when you come prepared to win. Holland Youngstown terminal tried sending everyone home without pay during a snow storm, so I filed a class action grievance for all affected members.