Contract Victory and a New Day In Local 96

How Local 96 members took back their local and rebuilt union power, winning a 5-year contract with 14% wage increases. 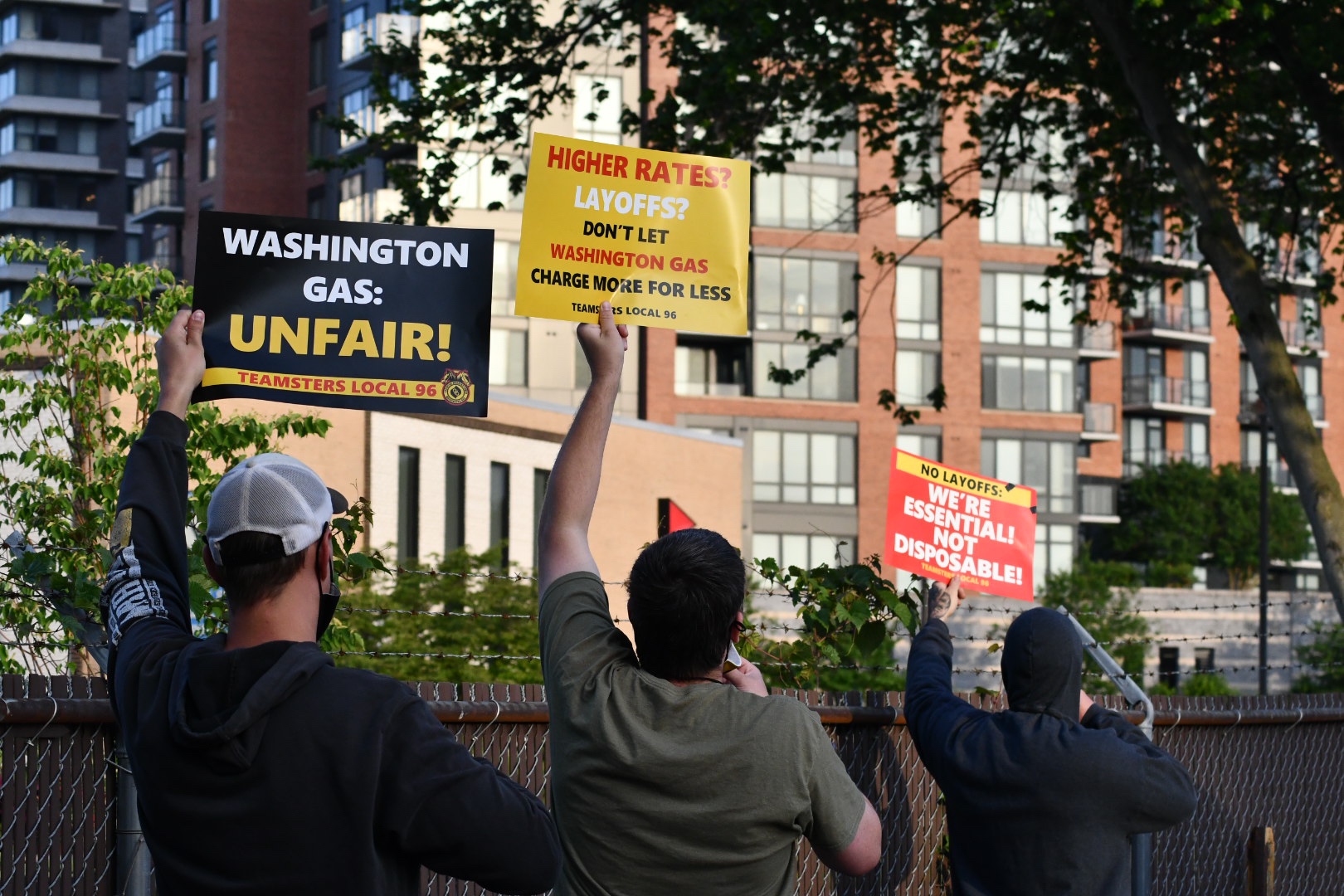 Three years ago, Teamsters Local 96 was divided and weak. Members were kept in the dark during contract negotiations and walked away with givebacks, even losing their pensions.

Morale was low and barely anyone attended union meetings. While over 70% of the local’s members are Black, only one African American served on the Executive Board.

Today, Local 96 members are celebrating a contract that delivered an average annual wage increase of $1.25 an hour and saved no layoff protections for 600 Teamster utility workers at Washington Gas.

“During past contracts, I would go to union meetings, but I didn’t feel part of the process at all. It was the E-board’s decision and we were told we could sign and get the bonus if we wanted it. This current contract was completely different. We made sure members were informed about the process and came out to show support for the union at each rally.” Barry Fox, Steward and Contract Action Team Member

How did members take back their local and rebuild union power at the bargaining table?

In 2018, a group of Local 96 members formed the New Beginning Slate. They contacted TDU for advice on running a grassroots campaign for local union office.

The New Beginning Slate ran on a platform of improving union representation, ending givebacks, and standing up for better contracts by mobilizing the members.

Members responded by electing the New Beginning Slate with 64% of the vote. In a major change, six of the seven Executive Board members were African American.

AltaGas, imposed a 1% increase on managers and offered the same to Teamsters.

Reed and Local 96 leaders responded by forming a Contract Action Team of stewards and members from the various stations and departments to inform, unite and mobilize members to fight back and win a fair contract.

CAT on the Prowl

The CAT began with a bargaining survey to ask members their top priorities for the new contract.

They distributed “Fair Contract” buttons and “Respect” masks and collected cell phone numbers so that every member received text updates after each bargaining session.

As the company dug in on key issues, the CAT met by Zoom to strategize ways to put pressure on management.

First came a pre-work rally at every station. The following weeks, members rallied again, this time with whistles to “blow the whistle on corporate greed.” 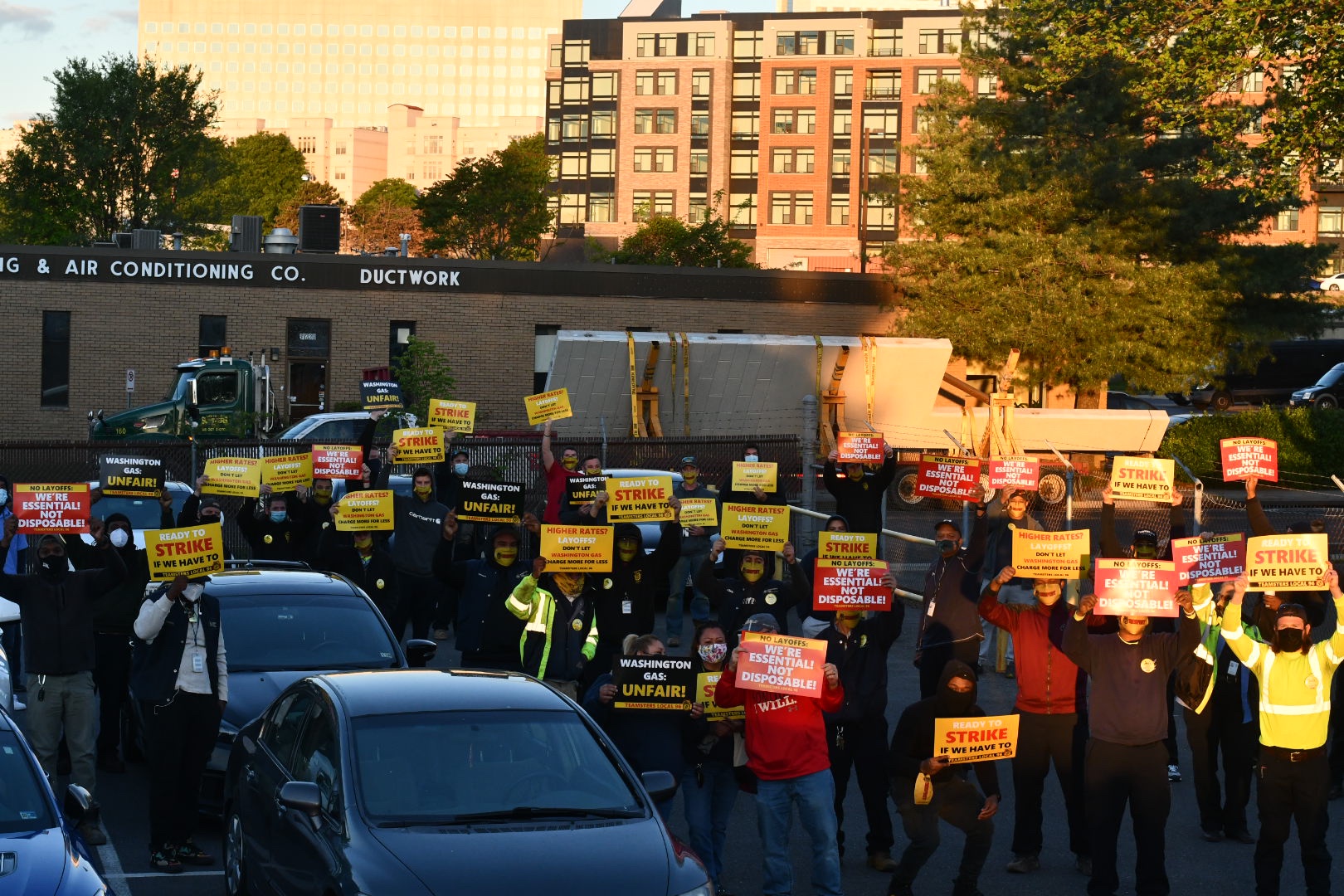 “After we powered the company through this pandemic, it was time to show them that we were serious about winning a fair contract,” said CAT member Dominick Hunter.” When we started rallying with hundreds of members, the company had never seen anything like it before.”

Member mobilization worked. Management dropped its demand to eliminate ironclad No Layoff protections and they agreed to improvements on discipline and other issues.

But a week before the contract expired, AltaGas still had not put a serious economic offer on the table.

Local 96 leaders and the CAT called a strike authorization vote and held in-person voting at work just days before the contract expired. Members authorized a strike by 97% with an incredible 80% of members participating.

Bernard Robinson, Secretary Treasurer: “When we were elected, our goal was to represent our brothers and sisters, and to make change. The strike authorization vote showed that the membership was united, and management knew it too.”

Management reversed course at the bargaining table and offered a 14% wage increase over five years, plus a $1,000 lump sum payment.

“This contract protects me and my family,” said shop steward and CAT member Steve Lindsey. “I feel proud to be a Teamster again.”