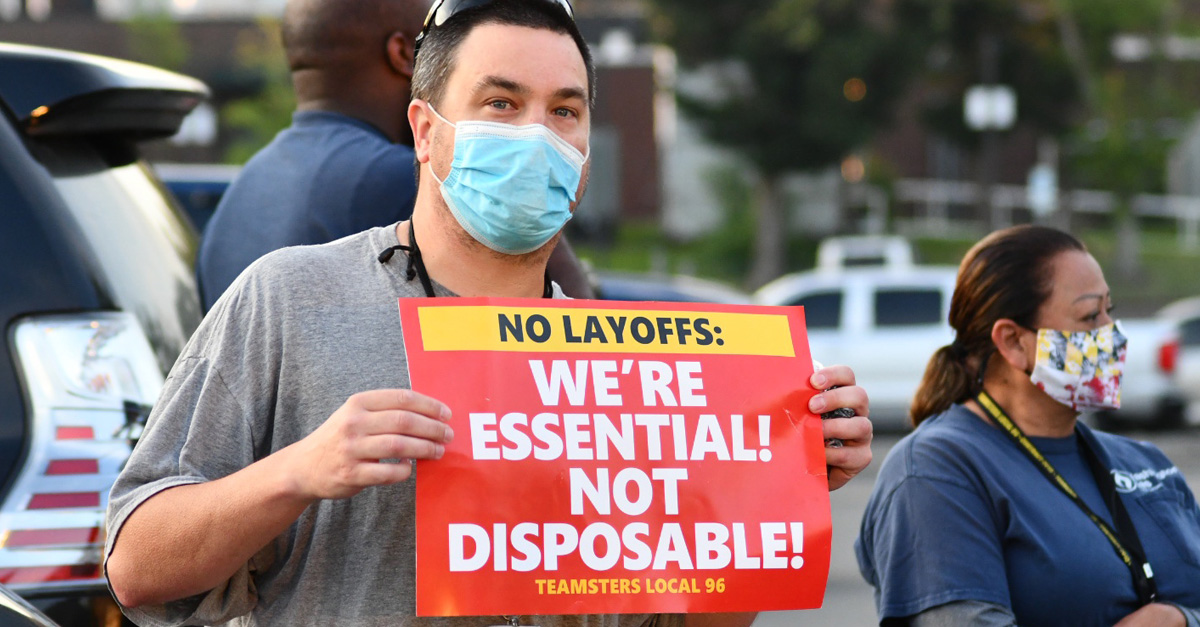 The company demanded givebacks, including eliminating No Layoff Protections, and the same 1% pay increases that management got.

Local 96 mobilized a grassroots contract campaign that included workplace rallies and a strike authorization vote of 97%.

"We were committed to conducting contract negotiations differently," said Local 96 President Wilder Reed. "We put an end to backroom deals and conducted negotiations with transparency."

"We got information in the hands of our members with regular text and email updates. We formed a Contract Action Team to mobilize Teamster to Teamster," Reed said.

By the end of the contract fight, 60 percent of the local's 600 members were attending union meetings. Eighty percent of the members participated in the strike vote with a 97 percent Yes Vote.

When management sees participation like that, they know that members are united and serious.

The 14 percent in raises will boost members' pay an average of more than $12,000 over the life of the contract, with $15,578 for top-scale workers—not including overtime.

It wasn't always like this in Local 96. Three years ago, Reed ran for local union office at the head of the New Beginning Slate.

It's one thing to elect new officers. It's another thing to rebuild union power. Congratulations to Local 96 members and their leaders for defeating givebacks, winning a strong contract, and revitalizing their local union.