TDU’s 47th Annual Convention is a wrap. More than 450 Teamsters attended our largest Convention since the 1997 UPS strike. We are looking ahead, fired up, and arming ourselves with the tools to fight back and win. 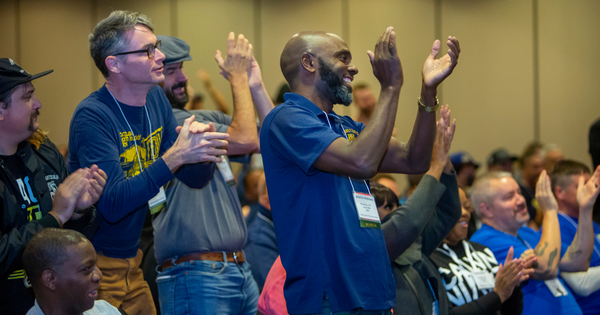 At the UPS-Amazon Organizing Summit, members talked about how to support the movement to unionize Amazon, and link it to the UPS contract campaign. 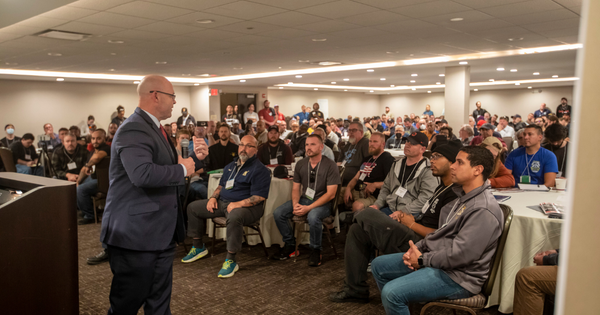 The TDU Convention program featured over 30 workshops and breakout meetings, including sessions for freight, T-Force, Carhaul, and grocery and warehouse Teamsters and caucus meetings for Black, Latino and Women Teamsters. 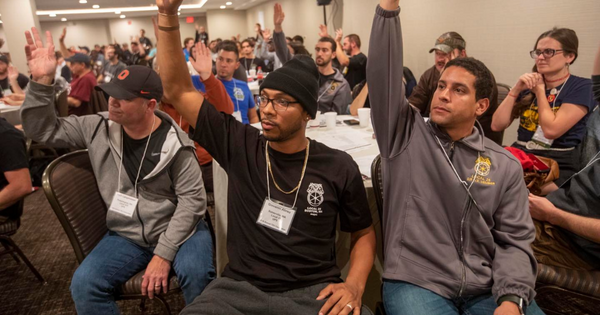 BMWE member Matt Mortensen—now an elected member of our International Steering Committee—spoke about rail Teamster organizing for a fair contract. 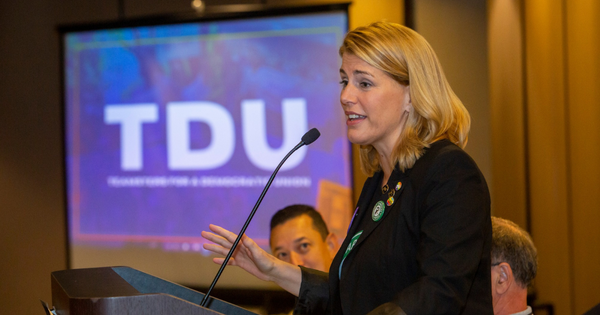 Throughout the weekend, members strategized together on building strong contract campaigns in core Teamster industries, drilling down locally to transform the Teamsters from the bottom up, and recruiting new activists and leaders to the TDU movement.

As Dustin Roach told the packed ballroom on Saturday night, “the real work lies ahead.”